MY LIFE UNFOLDS featured in PAINTEDSPOKEN

Richard Price, Head of Contemporary British Collections at the British Library, is also a poet, recording artist at Mirabeau hydrohotel and publisher of the online and print magazine paintedspoken. Recently he invited me to include a work of mine in the latest issue of the magazine.

I'm honoured and thrilled to see the paperback edition</a> of My Life Unfolds so beautifully and extensively presented. Make sure you explore all of the excellent paintedspoken website.

If you want to order a copy of the paperback book (£22+postage) please email me: 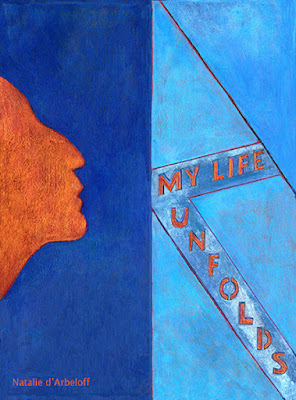 Posted by Natalie d'Arbeloff at 5:55 pm No comments:

Does anyone actually know what they're doing concerning anti-Covid vaccination? My un-official opinion is no, they don't. I had my first shot of the Pfizer on New Year's eve and was given 20th January as the date for the second jab, a gap of three weeks as officially required. A few days ago I got a text message from my local NHS practice that this appointment is cancelled and that I will be notified when a date for my second Pfizer shot will be arranged. According to the government or somebody the previously officially decided 3-week gap is now no longer essential and the gap can be pretty much any length you like as long as it's official. But according to other news I've just read, that's wrong.

The problem is that the available information, whether medical or governmental, is not only inconsistent but in dispute among themselves. Some scientific experts in the UK say it's no problem to extend the gap between shots whereas some EU experts say it's definitely a problem, potentially a serious problem. If you read the whole of the above BBC article you'll see. Whose expertise does one trust? There are also commercial factors involved about the availability and distribution of the Pfizer and the Astra Zeneca vaccines and that's one more reason to wonder what the actual facts are, medical and otherwise. Is the time lapse between first and second jabs of either vaccine truly significant in giving you immunity and/or preventing others from being infected by you? There are controversial opinions about this among the Experts. So, what does being "well informed" mean?

Apart from gaga's giant red lampshade skirt and not historical but hysterical rendering of the song about the flag still being there I was very moved by this inauguration and all the hopeful messages conveyed. I watched the whole thing on my telly and snapped some photos as it was happening. Goodbye Donald, please take up knitting or some other useful activity which might calm your rage. 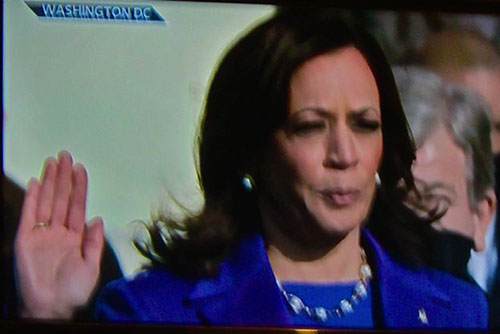 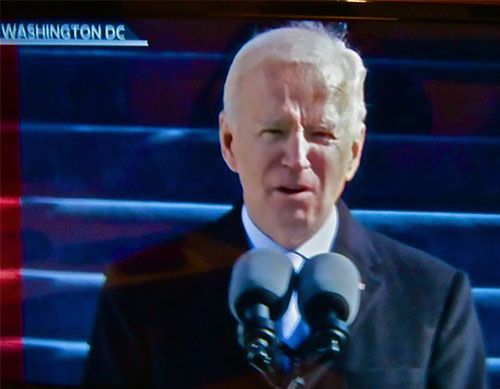 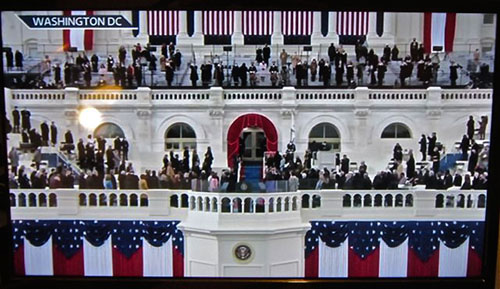 Posted by Natalie d'Arbeloff at 4:23 pm No comments:

I'm thinking about thinking. Have you noticed how much repetition goes on in your brain? I have and it really annoys me. The thing I call reshinking when you're rehashing things you've already said or written or read, repeating them to yourself like a parrot or a broken record stuck in one groove. What's the point of it? I'm going to stop it. All that nice empty space waiting for new thoughts and you're filling it up with used up reshunk stuff. I mean me, not you. You don't do reshinking,do you? 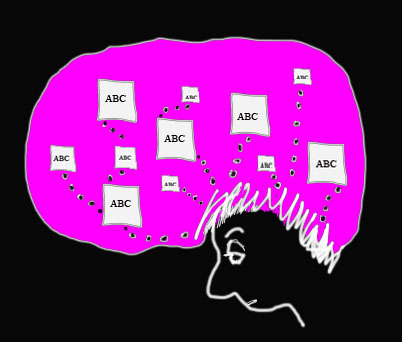 WHERE TO PUT COVID DENIERS

If I ruled the world...fortunately for the world and for me this will never happen but I can still fling some suggestions around as if. This is what I would do: gather all the Covid-deniers and conspiracy-promoters, divide them into small groups of five or six, wrap them in Covid-proof protective gear then take them into all the hospitals all over the world which are heroically, desperately struggling to save the lives of Covid-infected humans or to ease their last breaths. I would have the deniers/conspirators witness what goes on in intensive care and make them become volunteers to help medical staff lift patients into the position which allows their lungs some respite. I'd have them do this work for as many hours or days it takes for a shred of awareness to enter their brains and maybe a shred of empathy as well. Then I'd let them go back to wherever they came from.

I stitched the mouth outline on this mask I made but it's not actually where my mouth is. I quite like the clown effect. 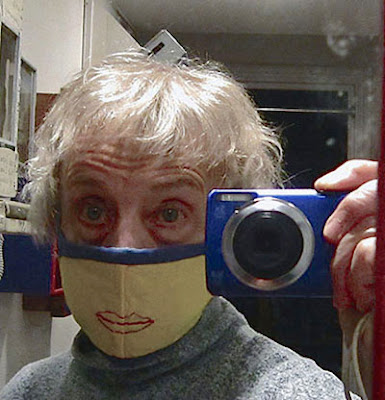 Posted by Natalie d'Arbeloff at 12:56 am No comments:

Five people dead, that's five murders of which Donald Trump is indisputably guilty by inciting the riot which killed them. Whatever the other crimes he will try to wriggle out of, this brand new one has all the evidence in plain sight and in words out of his own mouth heard by everyone. What is the law waiting for? This criminal must be arrested, tried and sentenced NOW before he can do more irreparable damage.
Posted by Natalie d'Arbeloff at 11:31 pm 3 comments:

POINTING TOWARDS THE MOON

Vincent has honoured me by publishing on his blog a wayfarer's notes an email I sent him five years ago in response to a post of his Fingers and Moon at that time. Here's the link to Vincent's current post:

He asked me for an image to illustrate the current post so I sent him these two. 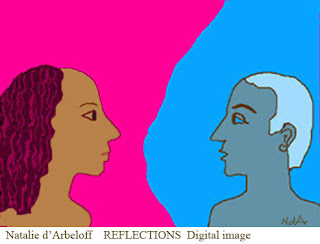 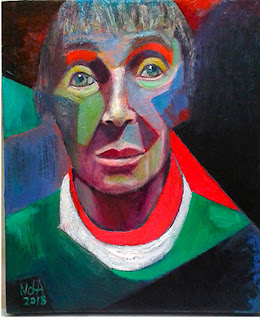