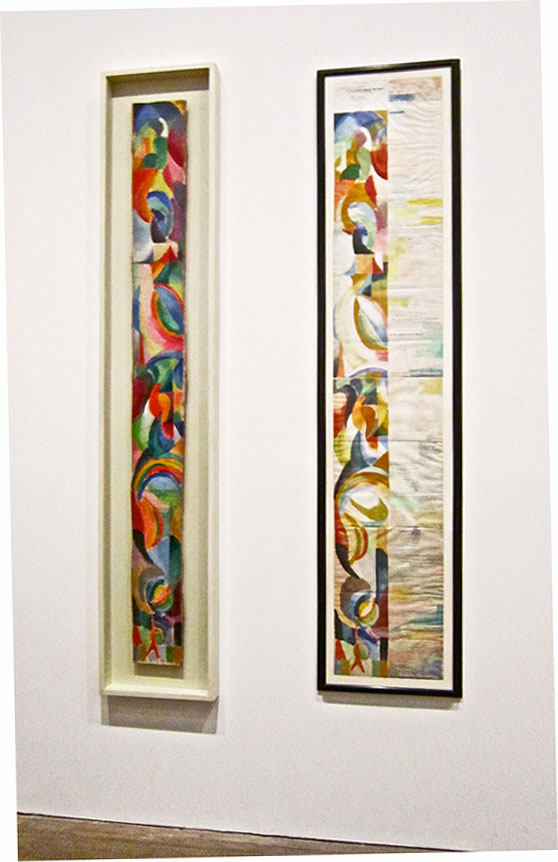 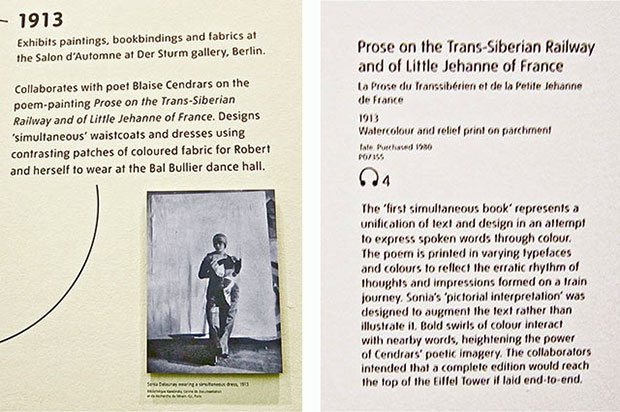 Well of course the first thing I wanted to see in the Sonia Delaunay exhibition was the 1913 original of Trans-Siberian Prosody and Little Jeanne from France. I must admit to being disappointed that the tall narrow panels were hung on the wall and framed, rather than being folded and viewed in accordion book format as intended. Also disappointing was that on the information panel next to it there wasn't more about Cendrars and the making of this work. However the voluminous and excellently illustrated catalogue does devote about twelve pages to Trans-Sib. It's hard to believe that the photo below could really have been taken in 1913 - Robert and Sonia would then have been only 28 and Blaise Cendrars 26 - the photo is blurred but even so, do any of them look that young? As well as the catalogue, I also bought another irresistible book, Blaise Cendrars: Selected Writings, with a preface by Henry Miller. 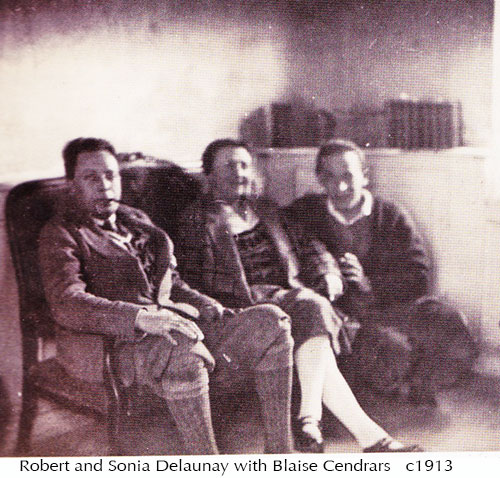 In case you're new to this blog, Cendrar's poem has occupied my thoughts, the sweat of my brow
and every other available physical and mental resource for the past nearly two years - a creative saga shared, in different ways, with Dick Jones whose splendid translation of Cendrar's poem was the stimulus which inspired me to illustrate it with over 40 relief blocks, and with Nicolas and Frances McDowall who turned the project into a magnificent Old Stile Press publication.

Now that our version - visually very different from the Cendrars/Delaunay original - is published and gradually making its way in the world, there remains the task known as PR (actually HS: Hard Slog). Promotion, public relations, publicity: does anyone actually enjoy doing that stuff? Professional PR people probably do, if the smiles permanently attached to their faces can be trusted. Although I do not in the least enjoy it, I take on this task out of habit because, for most of my life, I've had to rely only on myself to get attention for my work. That's a bald way of putting it but the truth is that what we want - and what we need if it's our livelihood - is attention for our work. Whether we're bloggers, writers, artists, actors, musicians, craftspeople etc - maybe we just want to know that what we wholeheartedly give our time and thought and talents to is seen and heard. If you're hiding because you don't want to be found, that's fine. But if you're hidden and want to be found, then some form of HS/PR becomes unavoidable.

While walking around Sonia Delaunay's quietly invigorating world - she never shouts but calmly and confidently asserts herself - it struck me that she took on that task in an original way, managing to make it part of her creative practice. She was always multi-faceted but extending her work as a painter into fashion design, interior decoration, textiles, etc. and establishing the Simultané logo not only provided financial support but also took care of PR because there was no separation between the private and the public art: you could wear a Delaunay as a dress but it could also serve as walking publicity for Sonia and Robert's other artwork. 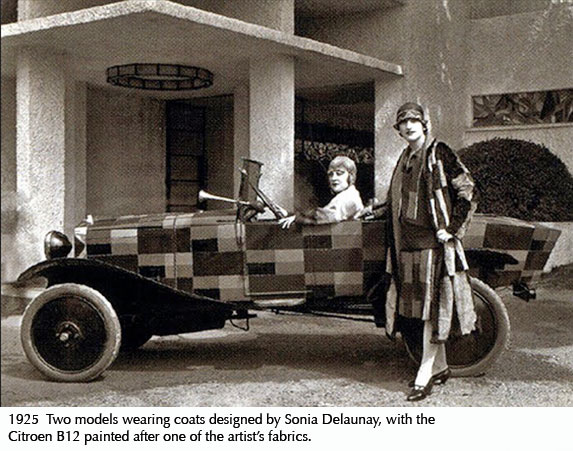 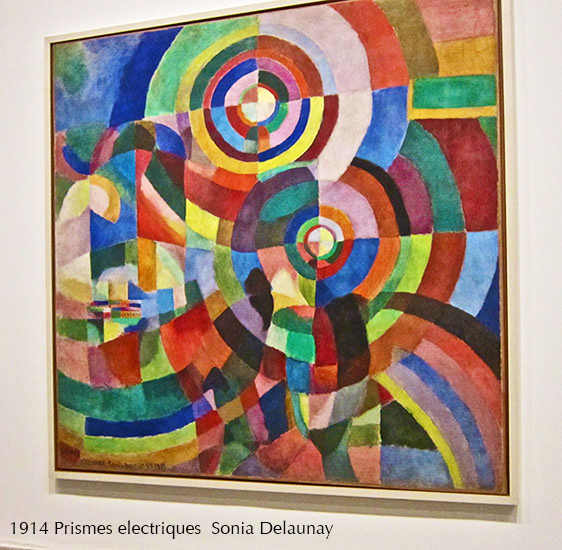 It's a wonderful, life-enhancing exhibition and a good way to, temporarily at least, chase the blues inflicted by the Blues' incongruous victory in the election. Enough has been said and written about it so I'll stop right here. 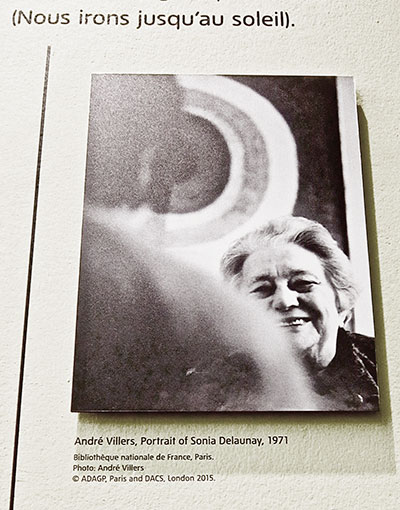