Leaving aside for a moment the cultural, historic, aesthetic, gastronomic, cinematic and other wonders of Rome, on this return trip I was struck by the invasion, occupation and dictatorship of the automobile. It’s universal of course but I saw it in sharper focus in this city to which all roads, ironically, lead.

Double parked everywhere no matter how narrow a street, looming impatiently over your shoulder as you cross on white lines, cars seemed like a plague of giant cockroaches. All the comforts of having private transport bubbles furnished with entertainment, navigation, air-conditioning etc. become absurdly useless because in a city with a zillion private bubbles they will, of course, compete fiercely for space and speed and the result is hell: road-rage, traffic-rage, parking-rage, accident-rage, fuel-rage, pollution-rage, drunk-driving-rage, death-rage and so on. Obviously. If cars are allowed to rule the world humans become their slaves. 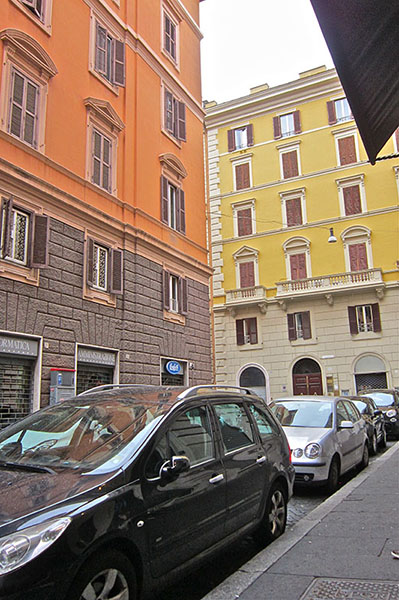 But the best thing about Italy is the Italians. I love the warmth, the ease, the wit of communication, the way words roll deliciously on the tongue before becoming speech. I do very little talking in my normal life so Italian verbosity is always both thrilling and overwhelming. I forget a lot of words in Spanish and Portuguese which I used to speak easily but Italian has stayed whole. Maybe because of intense conversations, many letters written and received but most of all the family connection: my older sister Anne, creatrice of the Teatro Club di Roma, her late husband, the writer and polymath Gerardo Guerrieri, their two talented daughters Selene and Indira with their inimitable spouses and children. I am grateful that destiny landed me in an international family in which every single individual is memorable, so memorable that I really should do a portrait of every one of them. Okay I will. I’ve just put it on my To Do list. 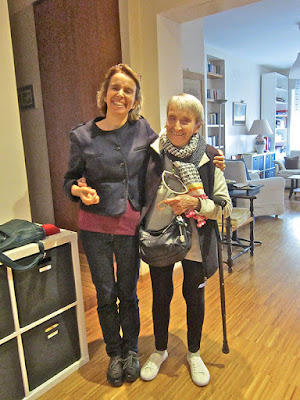 This trip was a totally unexpected gift from an old friend who rang me out of the blue saying he had booked tickets for us to attend a performance of Tosca and he was offering me the return flight to Rome. An absolutely un-refusable offer. Why Tosca? Some years ago, when Gaetano was in London, we listened to the dramatic aria "E lucevan le stelle" (Pavarotti does it brilliantly) and were especially fond of that deep BOOM just before the condemned Cavaradossi sings "E non ho mai tanto amato la vita". Afterwards we fooled around imitating the BOOM. That's all there was to our Tosca experience - neither of us particularly an opera lover. But Gaetano remembered that long-ago moment and I was deeply touched by his gesture. 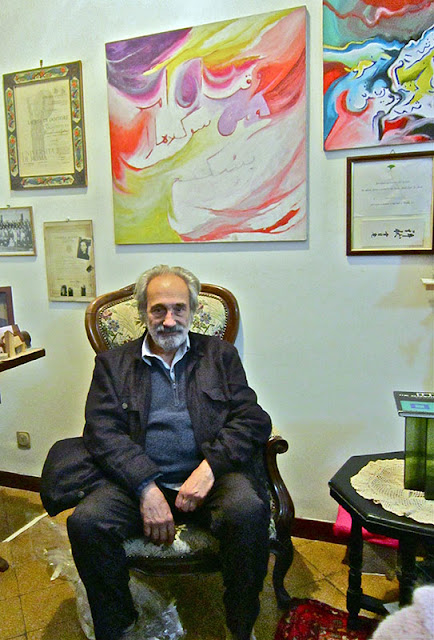 Gaetano Trusso, Rome, architect, painter, poet, with two of his paintings inspired by Persian texts. He has translated some Persian poetry into Italian.

Unfortunately he was cheated by one of those online ticket fraudsters who sold him very expensive balcony seats in which Gaetano could not see the stage at all and I, perched on a high stool, saw only a corner slice of the action. It didn’t matter - the evening and the whole trip were still memorable. 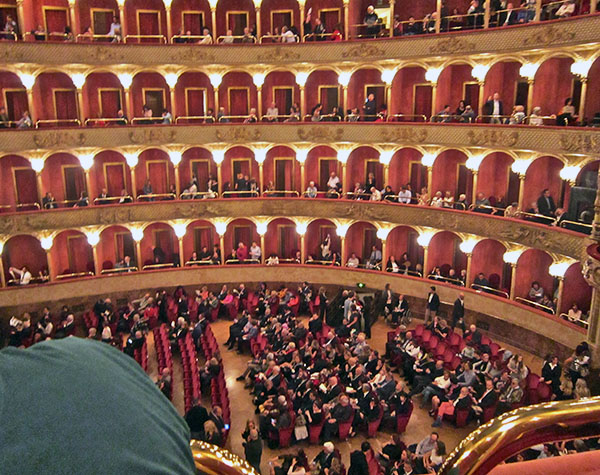 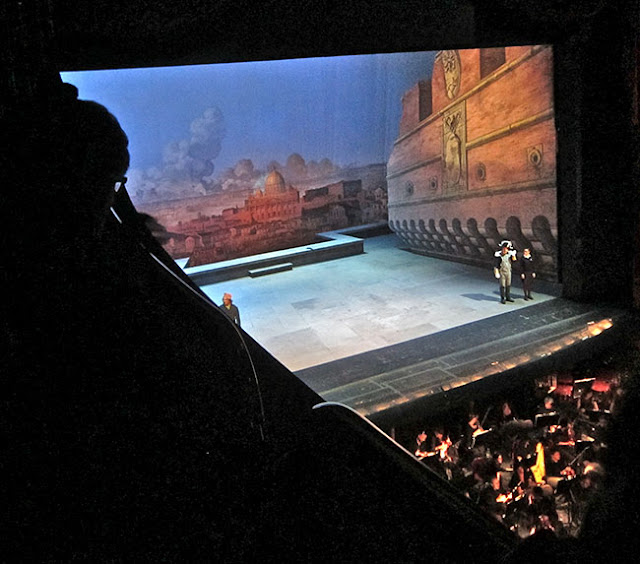 My view of the stage, Tosca. 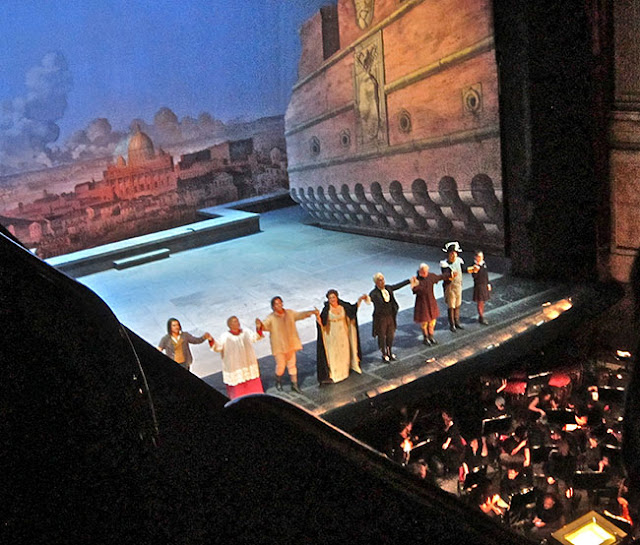 Finale. he cast of Tosca takes a bow. 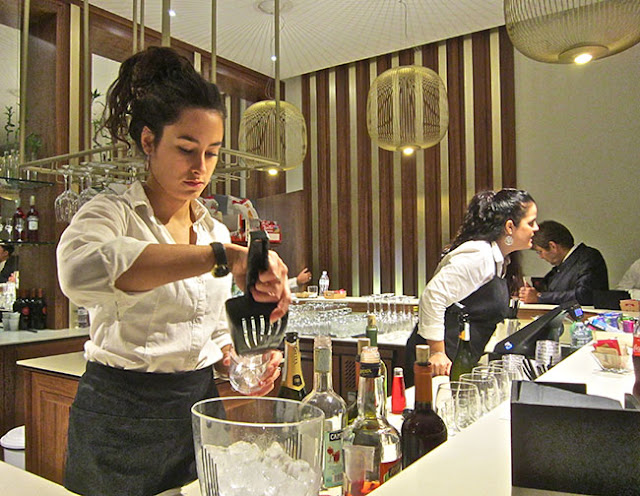 The bar at the Rome Opera House. 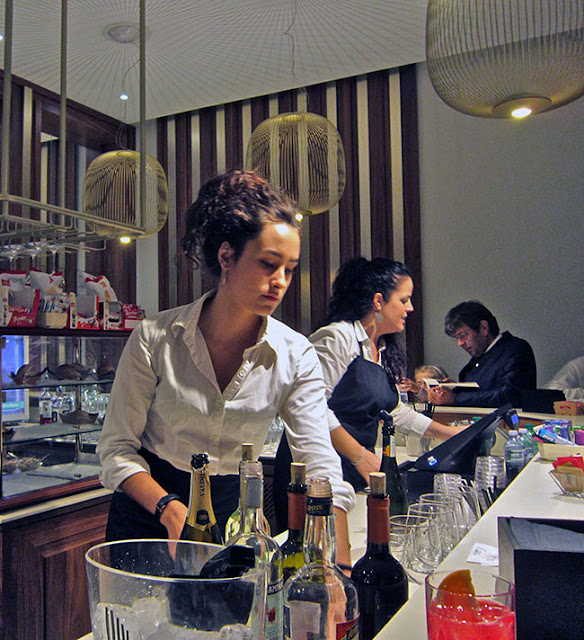 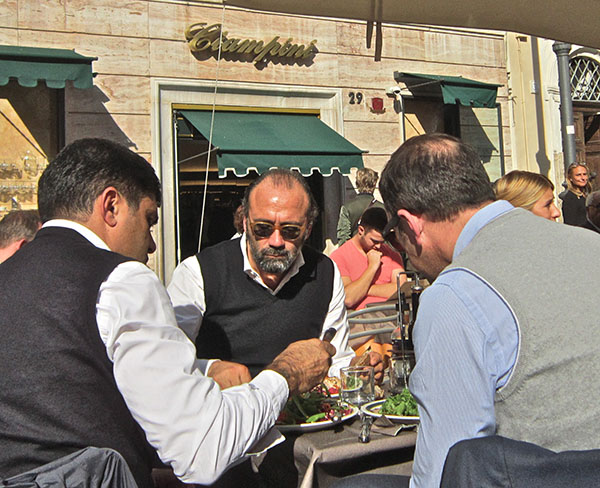 Romans eating lunch in the sun. 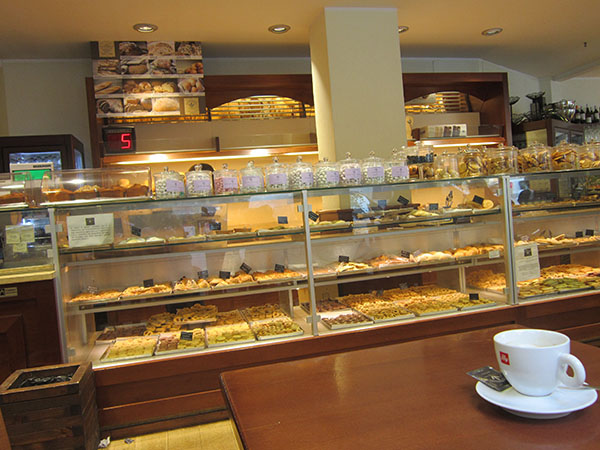 
I haven't mentioned the wonderful family reunions because those are private but I also finally got to meet in real life a longtime blogging friend, Cynthia Korzekwa, Mistress of Transforming Into Art Everything You Throw Away. Her blog is Art for Housewives but her talent cannot be categorised. I only spent a very short time with her but it was enough to cement our friendship.

Do you make yourself laugh? If not why not? I do, quite often.

This video is one example.

I beg your indulgence. I know it needs more editing but I've just posted it on Youtube and kind of hope it goes viral because it might encourage me to pursue silliness seriously.


All comments are welcome, critical ones too. Am not fishing for compliments, only honest responses. I had fun making this video, totally improvised, no script. I showed it to a few people back then in '97 and now it's on Facebook and Youtube but I really have no idea whether people "get" my kind of humour or whether it bores them etc.. It's quite possible that I'm the only one who finds this video hilarious and that's okay but it would be nice to get feedback.
Posted by Natalie d'Arbeloff at 12:14 am 7 comments:

What's on your mind Facebook asks me in its mindless way. Okay here's what's on my mind right now:


Mindchatter when the replay/repeat button in my head is on all the time. Except when I turn it off.

Which is when I'm asleep, or reading, or engaged in demanding physical activity (pleasureable or not) or...this is the big OR...when my mind is free of chatter and I allow it to be the tool which it is, an instrument whose function is to make something, create something.

Mindchatter is the spanner in the works. The blunting of the tool. The rust, the dust, the mildew, the mould.

Nothing of particular interest to say, aware of this and that, busy with family and other matters. Hello anyway. 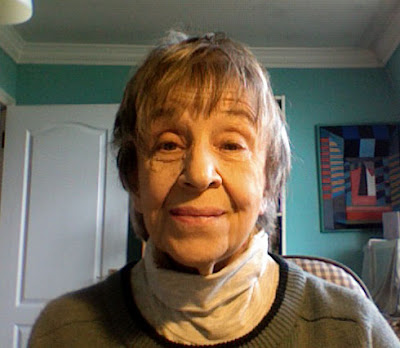 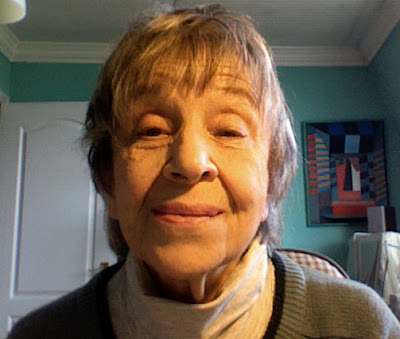 Looking through the window of a bus I'm sitting in, stopped at a traffic light, I read an orange neon sign inside a restaurant as: JUKELESS BAR. Look again and see I was mistaken, it says: JUICEBAR. Look once more and read it as: JUKE'S BAR. Then the bus moves off.
Posted by Natalie d'Arbeloff at 3:54 pm 2 comments:

You know how some things that are pretty obvious suddenly hit you as if they are revelations? Well, yesterday, one of those hit me in the shower. Hot water needles gently pricking the skin, watery acupuncture, often seem to have an AHA-inducing effect on me. Here it is, summarised.

We are all strangers to each other.
We are all one.

Both those sentences are true.


Sitting behind the intricately self-assembled camera obscura through which each of us views the world, we are strangers. As strange as a giraffe is to a spider, even more so, because of all that extra human baggage we carry.

No matter how close we may be or think we are to another human being, the fact is that the way we perceive and experience life, the universe and everything is different, possibly radically different, for each of us. Whether family, friend, spouse, lover, colleague, member of the same club, school, country, political party, religion, ethnicity, social class, you name it, we may share the same tastes, opinions, pursuits etc. but whatever factors unite us make no difference, deep down, to the fundamental gap which exists between one individual and another.

Why is this gap so often and so universally a problem? MIND THE GAP! The mind is the gap. The gap between your mind and mine/his/hers/theirs.Why can’t we celebrate the fact that we really are, on the inside, very different from each other? The differences are, after all, what all the great stuff in art, in music, in poetry, in literature, in philosophy etc. etc etc. originates from.

Yes, consensus is essential if anything of value is ever to be achieved on the local and global level. But isn’t it equally essential that within the unity, any unity, we recognise and admit those differences which exist within ourselves and within every other individual? And learn from them?
A lot more could be woven from these strands but I’ll leave it with an image. 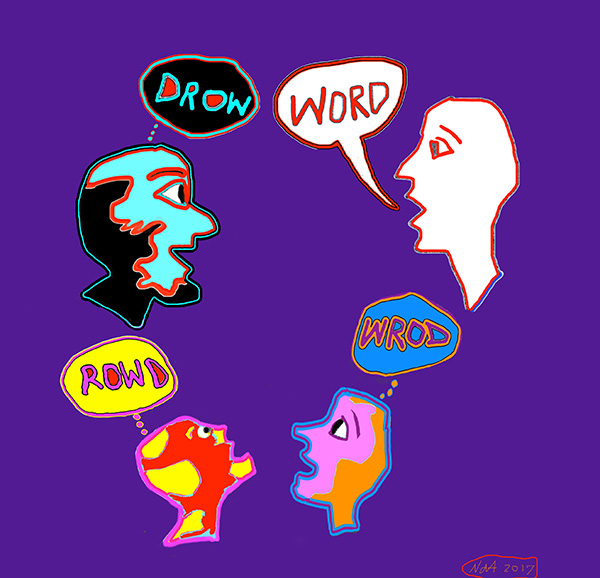 If you had the pleasure of reading Thirty Poets Go To The Gym, the witty, inventive suite of poems which George Szirtes gradually posted on his Facebook page (they're no longer online) you may have seen his recent notice that they are soon going to be published as a small book

What you probably didn't see is a comment I made on his page when, one by one, he began writing and posting these gems, that if they were ever to be in a book, I'd love to illustrate them.

Well, an independent Press has taken it on, George recommended me as illustrator, et voilà! I've just finished this very enjoyable task and, in due course, publication will be announced. No sneak previews until then.

The poems are funny in a seriously skilful way, adopting the style of each of the dead poets chosen by George for their imagined visit to a gym -  not unlike a stand-up comic impersonating famous people's voices - but taking on the much more difficult challenge of inventing a poem they might (in self-parodying mood) have written, using precisely the structure, the cadences belonging recognisably to each of those poets. Recognisable, that is, to those very well versed in poetry's lexicon, which I cannot pretend to be. My illustrations are what I felt was the deadpan comic-serious-literal-quirky-possible-impossible mood created by the poems.
Posted by Natalie d'Arbeloff at 7:59 pm No comments: