Amazing little things that happen. Trying to open the un-openable lid of a small new container of black peppercorns because lid designers don't care whether they can be opened or not of course when I finally attacked it with a knife blade the peppercorns rolled all over the kitchen floor, perfect tiny spheres ecstatic with freedom glissandoed into every crack and crevice even though I pursued them with a spoon. I'm sure I will find colonies of them hiding and multiplying pepperly forever.

Then there was the unexpected shadow play in the bathroom. Sitting on the toilet I suddenly noticed that if my right hand was lifted up it cast a double shadow, one in black and one in colour! So I made shapes with the fingers and thought of Plato. But did he see shadows of one hand in two different colours? On the bathroom floor? I don't think so. 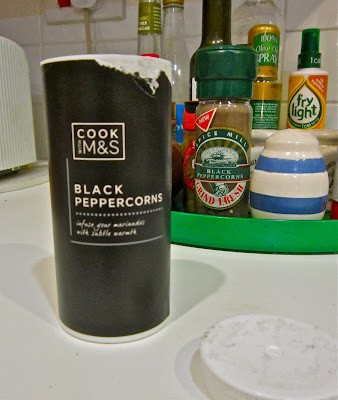 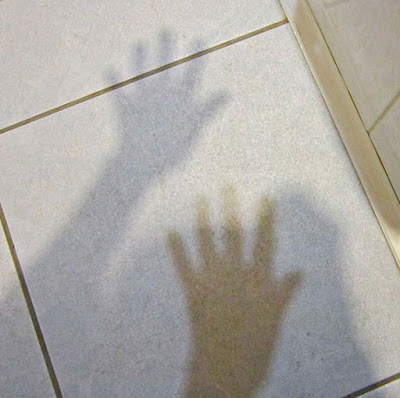 Speaking of sofas: back in the 1960s-70s I painted four small (26 x 30cms. 10 x 12 inches) pictures called The Sofa Series. I was reminded of those and of Goya's famous Maja Desnuda and Maja Vestida which, along with life, were my inspiration for that series.

The first two below are in a private collection. I still have the last two and the etching. Photos are not good but you can come and see the actual works if interested. 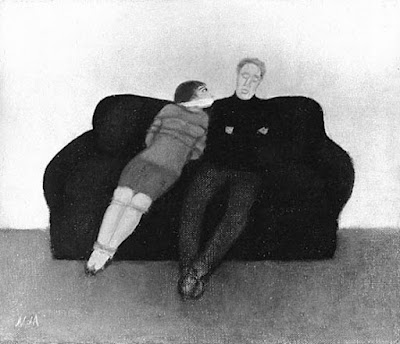 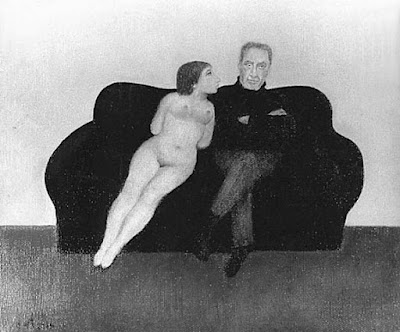 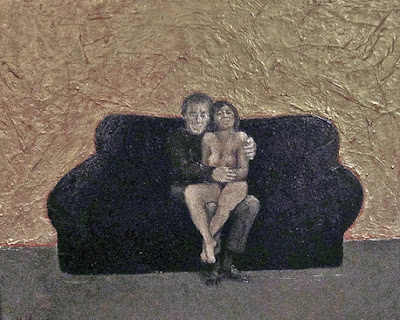 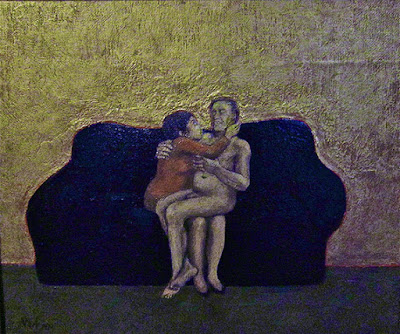 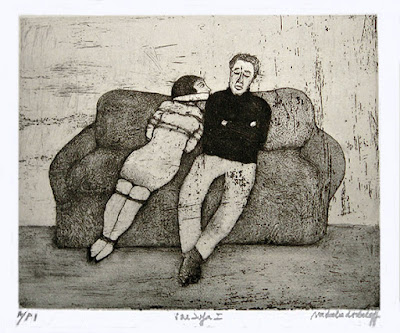 Posted by Natalie d'Arbeloff at 2:33 am No comments:

New painting in progress. I have a title for it. Guess what it is? 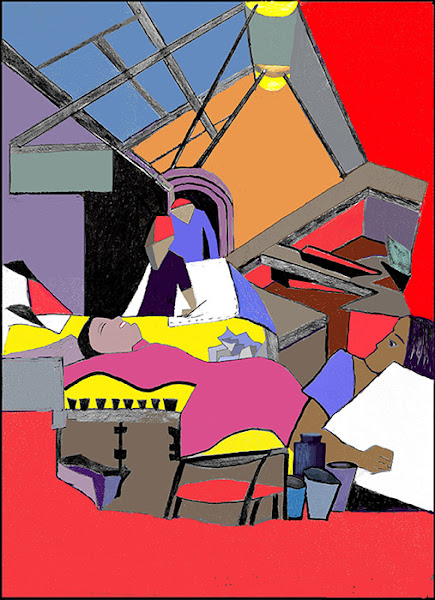 Posted by Natalie d'Arbeloff at 2:21 am No comments:

Irrelevant update in case anyone was losing sleep worrying about my absent sofa cushions. I'M JOKING. I know nobody was losing sleep over cushions. The cushions, with covers now fitting over their fat firm foam filling, have been returned by the sofa company. If anyone visits me between now and next year I will ask to be photographed reclining on the sofa. 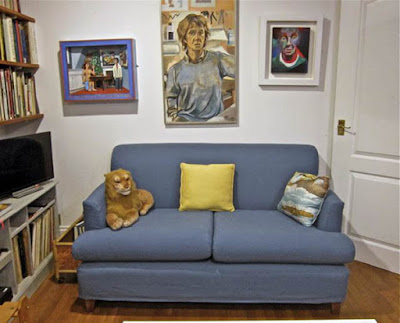 Posted by Natalie d'Arbeloff at 6:11 pm No comments:

Joe Biden and Kamala Harris, welcome to the world stage. May you bring some light and hope to its darkness.
Posted by Natalie d'Arbeloff at 1:38 pm 3 comments:

Of course he will contest it. Of course he'll continue to claim it's all fraudulent, a conspiracy by Democrats. That's what despots and dictators always do and what their supporters and imitators do. It's not over yet.

Posted by Natalie d'Arbeloff at 7:03 pm No comments:

Do you have conversations with yourself when some particular subject has been nagging at you demanding to be vocalised and words pop up on your mental screen arranging themselves into sentences and then an hour or a day or a week later you say, yup, I'm gonna post this on the internut? Yup, I do. My subject today is: conspiracy theories and actual conspiracies: can you tell which is which?

Suppose, just for example, you're considering adopting a vegan diet and you read an article by an eminent scientist/nutritionist/doctor/sport star stating that eliminating meat and all animal products from your diet seriously endangers your health and that of yourcurrent or future children.

a} Do you, because of the eminent status of any of these influencers/experts decide that the risks of radically changing your diet are too great?

b) Do you research the expertise /eminence of the author of the article and make your decision based on what you discover? For ex: the expert happens to be a shareholder in a meat processing industry, or a dairy company is sponsoring the sports star. Etcetera etcetera. Do you conclude that the 'danger to health' warning is fake news, part of a conspiracy by big businesses worried about the rising popularity of veganism?

c) Do you do further careful research into pro-vegan as well as neutral sources and weigh up the evidence according to your informed judgement and gut feelings about people you've personally consulted?

For the above example you can substitute any controversial subject which has had the label Conspiracy attached to it.

Some people are absolutely sure of one (or more) of the following: a) All conspiracy theories are imaginary. b) If you can smell smoke there is a fire somewhere. c) No human being is beyond reproach. d) Top Experts, top Institutions and top People must never be suspected or accused of being involved in conspiracies because they just wouldn't be, would they? If you think they are then you are delusional.

Having said all that,the question remains: when an issue is huge and the risks of misinterpretation genuinely dangerous, how do you effectively and truthfully separate the wheat from the chaff? 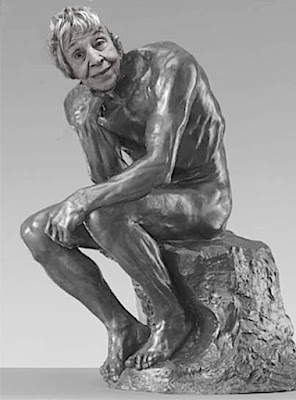