So far, I've done a lot of walking, taken quite a few photos, done a few sketches and started one small painting. Something strange is going on inside me which is difficult to put into words. Let's just say that I'm trying to forget all that I know about art, about painting, about drawing - all those artist-voices past and present telling me what to do or not do. I want to shut them all up and just try to find out what it is that I'm interested in: is it light? Is it colour? Is it solid shapes? Is it faces? Is it space? Or none of those? I'd like to see like that dog sees.

The bottom photo is of the work table in my room at Casa 5. 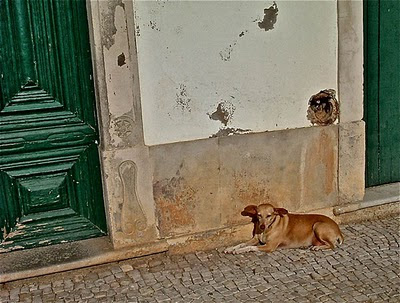 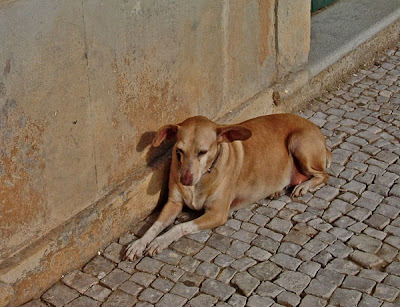 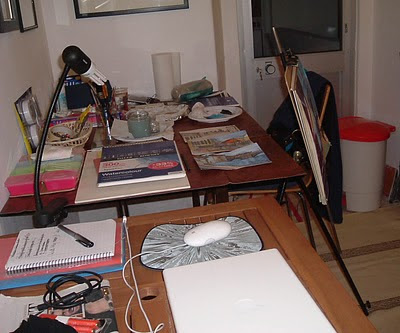 A FLIGHT TO REMEMBER

This is either going to be a lesson for me in how to Go With The Flow - ie adapt to circumstances which differ from expectations and thereby leave one's comfort zone far behind. Or.....well, whatever the opposite of that is.

Got off to a bad start with a full range of all the typical air travel miseries plus some bonus ones.

1. Crack of dawn (3 am) wait in freezing rain for bus to airport.

2. At security check my meticulously packed hand luggage was unpacked and meticulously examined. Was I a fool to believe that a bag full of innocent tubes of acrylic paint would pass unnoticed? Yes, that was what I believed. I did not read  the small print. My tubes were over 100 ml. But how could I pack them into the hold baggage without raising its weight to more than 20 kgs, the maximum weight Easyjet permits?

Punishment was severe: the security people confiscated most of my precious, hugely expensive acrylics and allowed me only the few tubes which fitted into one tiny plastic bag. A request to let me keep the guilty tubes somewhere at the airport to collect on my way back was refused.

At least you could donate them to aschool?
No.
So what are you going to do with them?
Burn them. Everything we remove from hand luggage is considered dangerous.
But but but....!!!
Sorry, those are the rules.

3. Boarding the plane was on time but we did not leave the ground. Something was wrong with the water pressure ("for making cups of tea") and the engineer had to "drain thesystem". This took about two hours. We were then told that for technical reasons we would be moved to another aircraft. More delay while a bus was found to move us. All the British passengers were laughing and joking and not minding at all: what's wrong with the Brits? Don't they know that complaining is
essential to survival?

4. Finally airborne in another Easyjet plane, at some point about two hours into a not particularly turbulent flight we were told that we are being diverted to Madrid. Madrid? In Spain? But I am going to Faro, Portugal, where I am taking a bus to Tavira where I am awaited as Artist in Residence!  No explanation for the diversion was given, The Brits were still laughing and joking and applauding.

5. In Madrid airport, a fire engine met our plane but no signs of fire were visible.  We were bussed to the terminal and left there for another couple of hours with no explanation, no food and no EasyJet personnel. A sympatica Spanish security officer tells me to be sure to get the EU leaflet on claiming compensation for all this hassle. I march to a desk demanding said leaflet. At first they say they've only got it in Spanish but when I insist, they find a stack of photocopies in English. Going into efficient organiser/complainant mode, I approach other passengers standing around passively and suggest they too get copies of the leaflet. Some of them do so, some just look at me strangely and others are laughing and joking.

6. Eventually we were led a long way through the terminal and then into another long security check-in queue where again my hand baggage was unpacked and scrutinised but, thankfully, allowed through.

7. Boarded another flight headed for Faro and given "a complimentary drink". When I ungratefully and starving by that time said, what about some complementary food? I was told it wasn't provided but I could buy some snacks and be given a receipt and then try to get a refund from EasyJet when I got back home.

8. Arrived in Faro.  Caught taxi to bus station, waited an hour for bus to Tavira. Phoned Casa 5 to ask Matthijs to book a taxi to wait for me at Tavira bus station. At last, arrived in Tavira, cold and raining.

Stairs leading up to my room at Casa 5 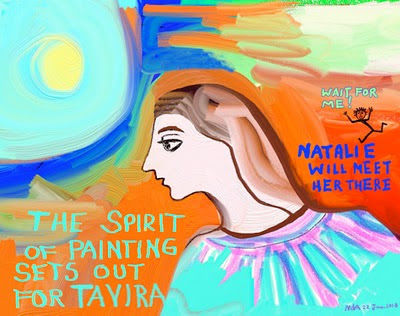 Early on Monday morning I'm off to Tavira and, because I can't get into Dreamweaver from my laptop (probably could but won't have time to work it out) blogging until the first week of March will be only at this, my  Blogger blog and not as usual at Blaugustine's main blog. 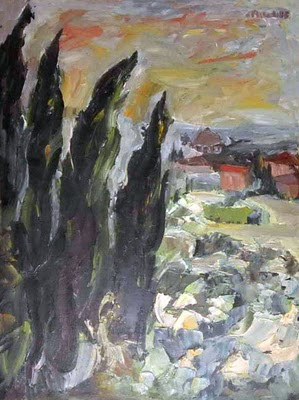 I painted the above landscape in Florence a long long time ago, still a student, searching for my own 'voice' in art (I'm still searching). With all the moving from one country to another this painting, which I loved, was lost.

Andrei Korliakov leaves a comment on my Blaugustine blog in French  below my Beautiful Blank Slate post of January 9th.

I get in touch with Monsieur Korliakov, a Russian historian living in Paris.
I am amazed, dazed, enchanted and enthused when he writes back, attaching the above photo, saying he found the painting a few years ago in a Paris flea market.
It was signed so he looked my name up on the internet.

The coincidence - if it's still possible to call such entrancing synchronicities coincidence - doesn't stop there: the most traumatic and significant period of my father's life was his emigration from Russia to Paris during the chaotic events of the 1920s. Andrei Korliakov's research (and his interesting website) is concerned with Russian emigration from 1917 to 1947.

How do these threads in the vast tangled web of human history end up linking together?
My Russian émigré father.
My father rents the Villa Ulivi in Florence for a project he's working on.
I paint the cypress trees in the Villa's fabulous garden, excited by everything I see.
Time goes by. The painting is lost.
Much much much more time goes by.
A Russian historian is browsing the marché au puces at the Porte de Vanves in Paris.
He picks up a painting he likes and notices the signature, a Russian name.
He buys the painting. Time goes by.
He looks up my website, contacts me on my blog, Blaugustine.
The lost painting is found.


Andrei invites me to visit him the next time I am in Paris. You can be sure that I will do so at the earliest possible opportunity!


Posted by Natalie d'Arbeloff at 3:05 am No comments: 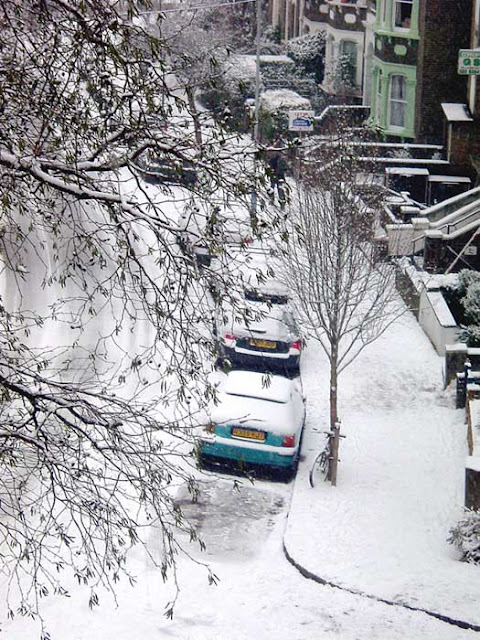 Posted by Natalie d'Arbeloff at 6:25 pm No comments: