I want to redesign my main Blaugustine blog and would love to get some feedback  from everyone who visits there regularly or occasionally or even if you just happened to drop in for the first time.

What do you think of the new header? Is it an improvement or not? What about the sidebars? The colour scheme? Should I change the entire structure? Any suggestions at all?

Since I still haven't been able to restore commenting over there, please post your comments below. Thank you! 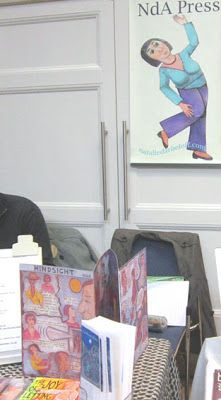 Since I didn't have much to sell, I only booked a half table at Comiket but it's tricky to arrange a display on such a small surface without encroaching on your neighbours in the other half. Fortunately my table-sharers, Myriad Editions, were friendly and helpful.

I was still fussing with the alignment of four books and few cards when my first visitor of the day stopped by. To my delight it was Alison Bechdel. She was leafing through My Life Unfolds and I explained how the original came about. She seemed to connect with my autobiographic images and bought a copy of the book instantly. I must admit that I was not familiar with her work until recently but having discovered it, I'm impressed with her unsentimental self-awareness, humour and directness and have ordered her latest graphic memoir Are You My Mother?

I would have liked to talk longer with Alison but she was booked as the first artist of the day to go up on stage and draw a comic strip. I was too far away to get a decent shot but you can just about make out her hand on the big screen in the photo below. She began by drawing a grid of blank frames then proceeded to confidently fill each one with the figures of her story. I was astonished by the ease and speed with which she, and later the other 'performing artists' drew their comic strips, some of them highly detailed. My own process is usually agonisingly slow and full of erasures since I keep changing my mind along the way. Lesson to learn: have a fixed plan. 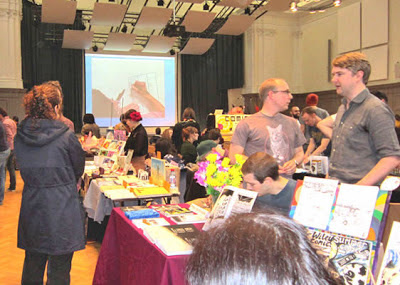 Among the friends I was very happy to see during the day was Jean who is attentively examining My Life Unfolds below. She has just blogged about her visit at tasting rhubarb. 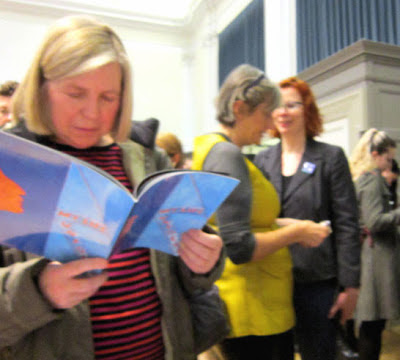 Deep in conversation with Colin, Philip is unaware that his purchase may not be approved by the Authority. 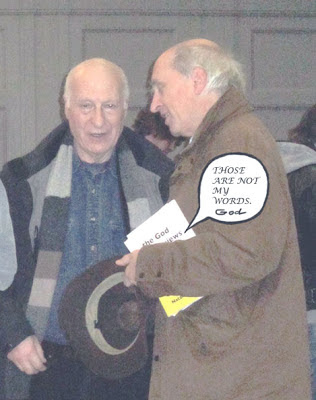 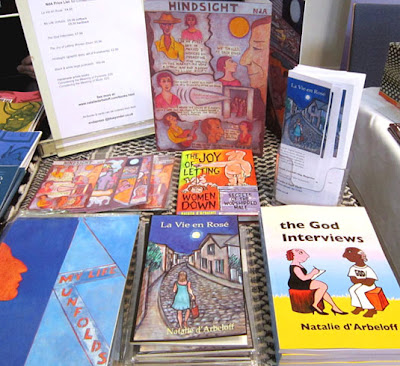 And don't forget you can order all these, authorised by me!

You've chosen Obama and not Romney...whew! Even though Obama has been a disappointment in so many ways, not the hero who will make everything better that we all imagined four years ago, he is still preferable to The Mitt. I'm not going to engage in political discussion - other people do that so much better - I'm just very relieved at the election result.

Back here in my small world, I'm getting ready for the table I'll be standing behind this Saturday, 10 November, at the Comiket Festival. If you're in London, do come along and say hello. Of course La Vie en Rosé will be there, as well as copies of the printed version of My Life Unfolds and a few other things, including postcards of my graphic story Hindsight . 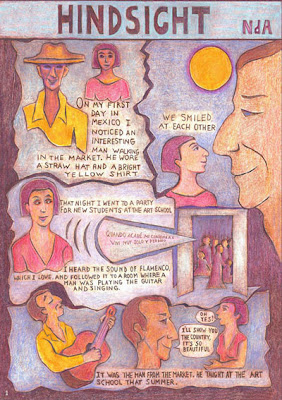 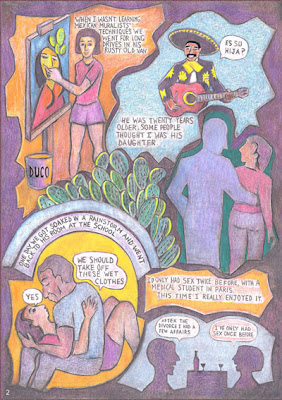 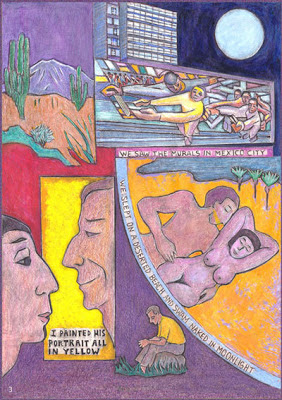 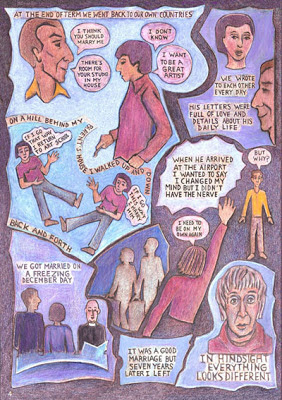 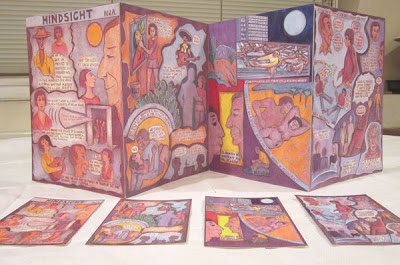 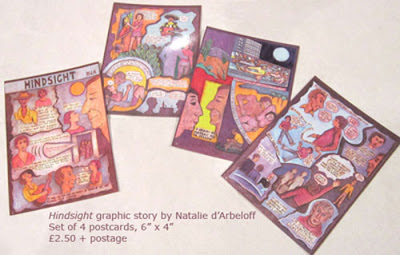 I don't believe in coincidence. To me, Co-Incidence (an unlikely meeting between two incidents) is a phenomenon which is much more interesting and, yes, mysterious, than the purely rationalist dismissal of it. But, rest assured, I'm not going to launch into mumbojumble. The story itself is good enough.

On December 23, 2009 I wrote about and posted a photo here of a portrait I'd painted in 1981 of Rennie Walker . In my memory, as I wrote Rennie (who had suddenly contacted me, wondering what happened to it) I had painted over it and it was gone forever, apart from a small snapshot of him sitting beside the work-in-progress. Feeling sad and guilty about the loss, I sent Rennie a digital re-working of the portrait that I did from that snapshot. I thought that was the end of the story.

Never trust memory: it often invents things when it can't remember the facts.

Late last night, I was looking for some frames in a crowded closet in my studio. I opened a large container that I hadn't touched since I moved to my present home about seventeen years ago. Inside it, amongst various other things, was a tall (4' x 5') rolled-up canvas. Curious to know what it was, I immediately unrolled it and....the lost portrait of Rennie Walker! Fresh as the day it was born.

Here it is, the original, finished painting, rediscovered. And below, the earlier stages. 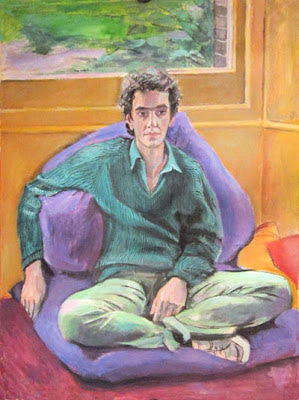 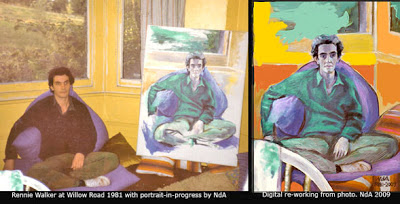 Of course I instantly emailed Rennie to tell him the news. It looks like this painting has found its home.