All the DIY which was on my pre-op To Do list is now finished and whenever the hip replacement does take place I'll be ready, thanks to self-isolation, the new term for getting on with things you were procrastinating about.

Sawed, glued and screwed blocks of wood to make feet for the sofa. Lifting the sofa took some serious pondering but I eventually remembered the ancient leverage principle by which the pyramids were built. I pushed the head of a hammer under the sofa and lifted the handle: presto the sofa was up-ended and my hip joints not strained.

When the feet were in place - they're not pretty but pretty is not the point - I had to undo and re-do the DIY upholstery I made a few years ago because the foam block is too wide and overhangs the seat.
I Googled "cutting foam rubber" and there's a great demo on YouTube of a nice American slicing a neat chunk out of a big foam block with a bread knife. I laid the block on a table, measured and marked the cutting line, took a bread knife and, like the man said, began lightly scoring along the line. And scored and scored and scored while little gobbets of foam rubber floated around sticking to my clothes and everything else. The American's foam rubber must have been a different kind.

Eventually the excess amount of block came off and I stitched back together the "stockinette" (ha ha stockinette!) bag in which the block is held. Put the block back on the sofa and sat on it. Dimensions now good but foam sinks in too much, not hip-joint friendly. Took two left-over machined wood floor planks, fitted them together and laid them on the sofa under the foam block. Perfect fit. Sat on it. Nice and firm now. Re-fited the fabric over the seat, tucked everything in. Finito!

That was a lesson on how to use your self-isolating time while simultaneously procrastinating about something you really should be getting on with. 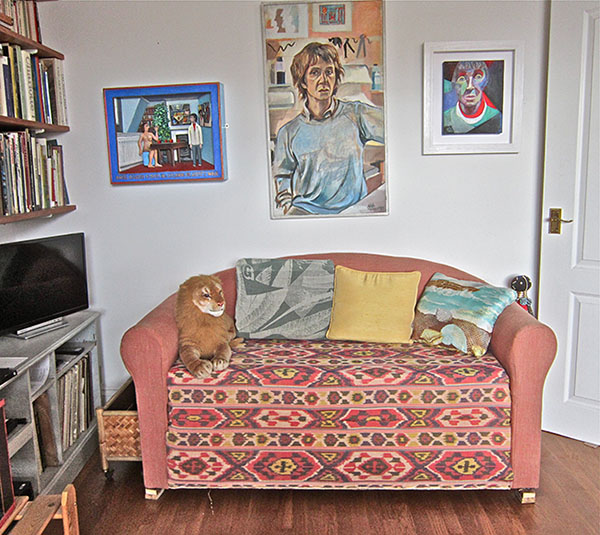 KEEP THESE ON HAND

Good things to have on hand in crisis times.

I forgot to add turrnetic and pepper.
And maybe Tia Maria. 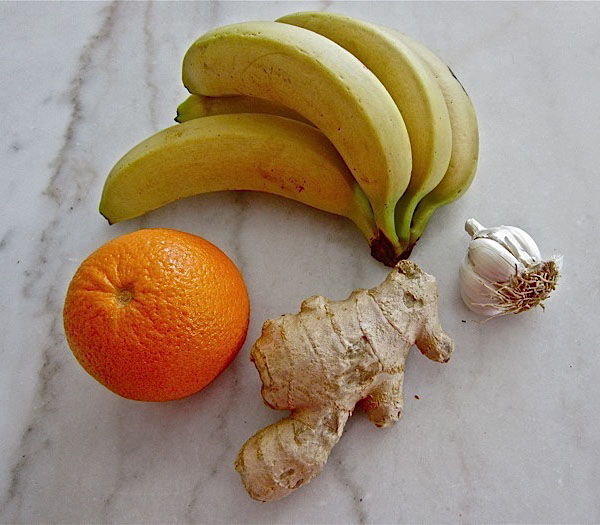 Posted by Natalie d'Arbeloff at 5:42 pm No comments:

There's a kindness virus going round.

After I've paid for my purchases, the girl at the supermarket till brings out a beautiful bouquet of flowers and says "I'm giving you these". Stupidly I say "Why?" She says "Because it's Mother's Day". I don't tell her I'm not a mother but thank her sincerely and take my illicit flowers home. 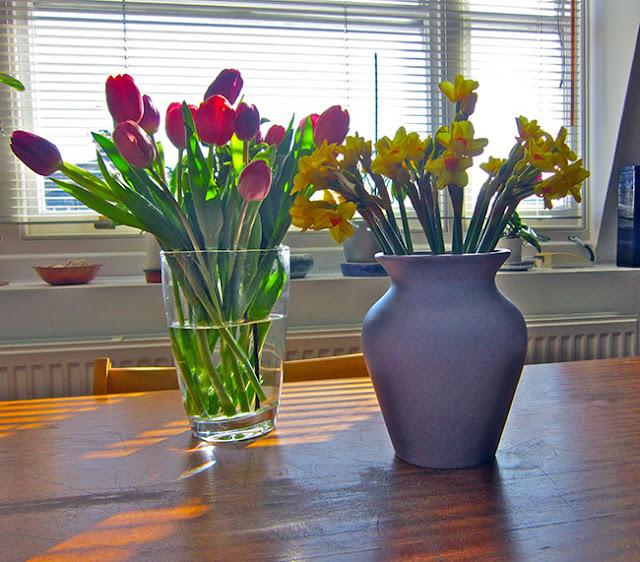 Posted by Natalie d'Arbeloff at 9:58 pm No comments:

I'm fine. Taking self-isolation regularly and always with a large pinch of philosophical salt. What is 'self'? What is 'isolation'? What is salt?

Today I had a hospital appoinment arranged by a wondrous Staff Nurse in the ever more blessed NHS for blood test and ECG and knee x-ray, all needed before hip replacement which now won't happen before 3 or 4 months but anyway, good time to go for tests, quite fun really, bus deserted, streets not crowded, hospital nearly empty, quiet and super-clean with signs everywhere about washing hands etc. Didn't have to wait at all, everybody so friendly, amazed that I don't look my ancientness and am so fit (apart from joints). What could be better than flattery from medical persons who have no reason to flatter you? You can be sure it's bona fide.

But of course it's not normal therefore not nice at all. I wish everyone well. 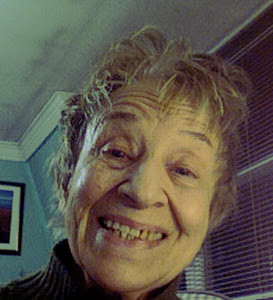 A phone call and an email with apologies from UCLH announces that my operation (hip resurrection) due to happen on Friday has been cancelled because the hospital needs to reduce the number of patients admitted for surgery at present.

My op will still happen, whenever possible. I don't have the virus and I'm washing my hands constantly, not touching anyone and not doing anything we're not supposed to do. Self-isolating is no problem, it's my normal life. But I'm freaking not going to stay indoors for 4 months, no way!


I'm simultaneously disappointed and relieved. Like having rehearsed intensively for a show in which I play the leading role then suddenly being told the show is off. Theatre closed. Cast gone. Audience gone. Not gone as in totally gone, but not there.

Please adjust all extra-sensory telepathogenic cosmically superpowerful waves, rays, incantations and other miraculous manoeuvres you were going to aim in my direction on the 20th of March and keep them bubbling somewhere safe until a new date for the NatOp is announced. Thank you very much.

I realise that I'm shamefully ignorant about viruses. Why are they such interestingly modern-arty-looking objects and behave so badly? Are they part of the animal kingdom? Do they have brains? Has anyone ever tried to teach them stuff, like how to be nice to people? Do they communicate with each other? What do they want, apart from destruction? 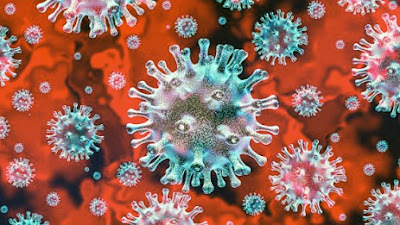 Posted by Natalie d'Arbeloff at 3:58 am No comments:

I'm not the helpless female type.and could probably survive on a desert island if I have a tool kit and am not eaten by wild animals before being obliged to eat them if edible plants are not available.

DIY jobs around the house have never been a problem but at present the wonky hip makes everything slower and trickier so I enlisted a willing friend to help me install the handrails I bought online. My flat has stairs and when I get home from hospital after the op something to grab hold of when going up the stairs will be necessary.


The thing about my DIY expertise is that it has to be done My Way or not at all. I allowed my kind but non-DIY friend to hand me tools, hold things in place, sweep up the mounds of plaster dust etc. while I got on with the serious job of drilling, screwing (don't smirk) etc. She may have been bored with her role but I didn't mind. The result is excellent. I'm thinking of offering my DIY skills to the surgeon if he has any trouble fitting new ball & socket in my hip. 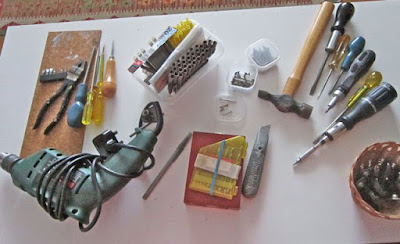 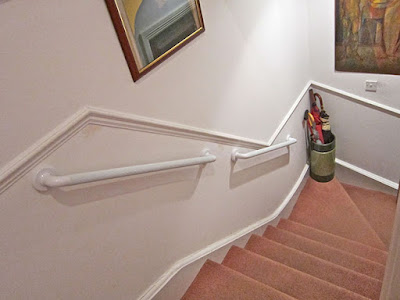