Just to keep you entertained, here's something I did pre-Facebook. I was going to publish it as some kind of little booklet but didn't get round to it. Should I do it? It's called Thoughts: the Kinds We Have. 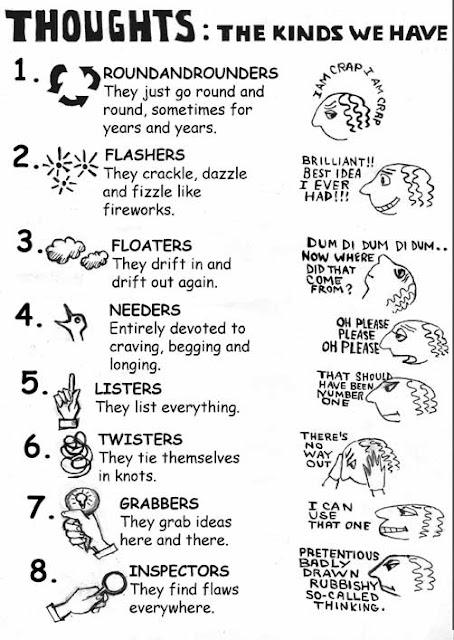 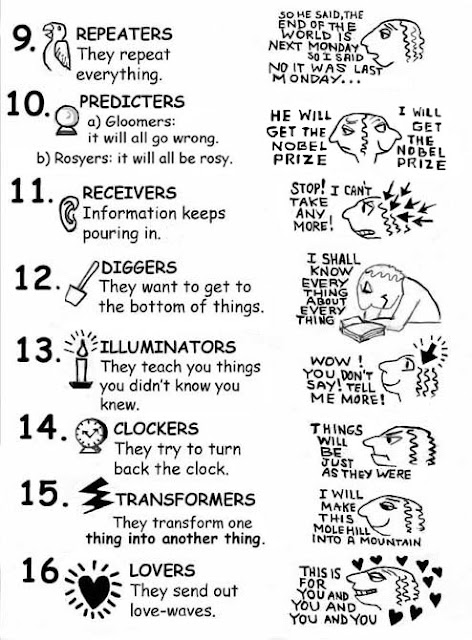 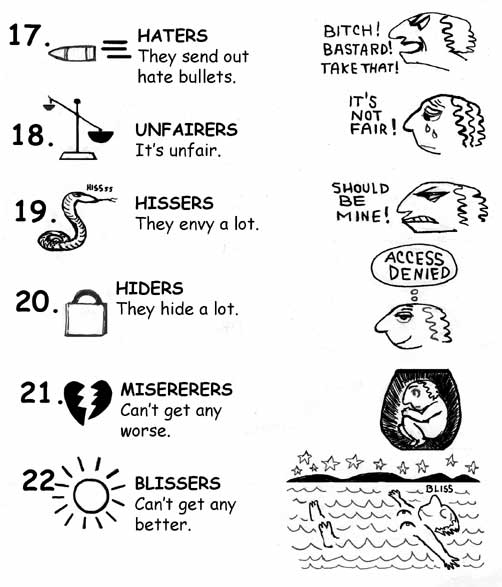 Posted by Natalie d'Arbeloff at 1:41 am 2 comments:

Concentrating flat out on my work for the Christine Keeler exhibition curated by Fionn Wilson. Has to be finished by next month. Am an expert procrastinator but when I actually get down to something, the candle burns at both ends and in the middle. All or nothing, c'est moi.

Even Pushkin the visiting cat can't distract me and he doesn't like that one bit. He's expressed disapproval in no uncertain terms.

Gotta stop now, going back to my upstairs garret to work.
Posted by Natalie d'Arbeloff at 10:00 pm 3 comments: 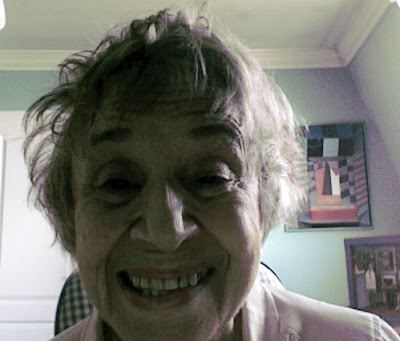 It is now officially my birthday and I am about to reveal a number that you, my tiny, cherished audience, have been waiting for.

Here it is: my actual, factual, chronological age is 3524.


In my previous life, the one just before this one, I was born as Hatshepsut in Egypt,18th dynasty, in the year 1507 BC. If you studied ancient history you will have heard of me. If you haven't, you can Google me. Yes yes I know! When people believe in past lives they always think they were celebrities. But that's not my case because I actually WAS Hatshepsut. Tina Turner also says she was Hatshepsut. We were probably friends back then and Tina is terrific but she was not Hatshepsut, obviously, because I was. I have loads of proof.

Now you can wish me happy re-birth day. 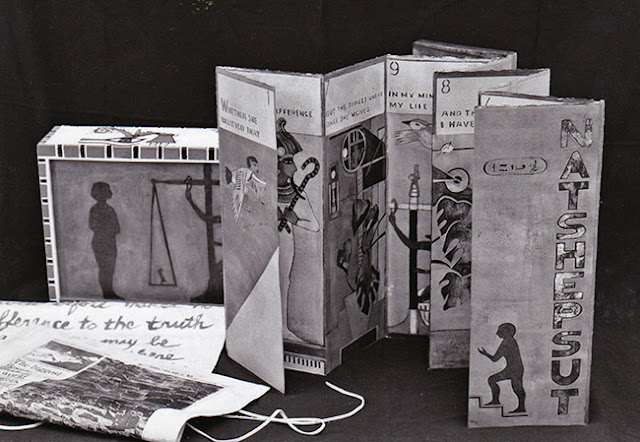 The title combines Natalie with Hatshepsut, the XVIII dynasty female Pharaoh, with whom I have a special affinity. A 'sarcophagus'made from a mahogany drawer is painted with Egyptian and personal symbols and contains the book, wrapped in stained linen cloth, on one side of which I wrote a poem (see below) which is repeated on the pages. On the reverse of the wrapper are transfers of newspaper cuttings about the discovery of Hatshepsut's tomb and extracts from an old passport of mine. The book has wooden covers, carved and decorated with sand and sequins. It is attached to concertina-folded Arches pages and supported by a central wooden pillar. The images, printed on both sides of the paper from stencils, are a mixture of Egyptian and personal scenes including part of a landscape near the Rio Paraguay where I once lived, resembling the Nile. 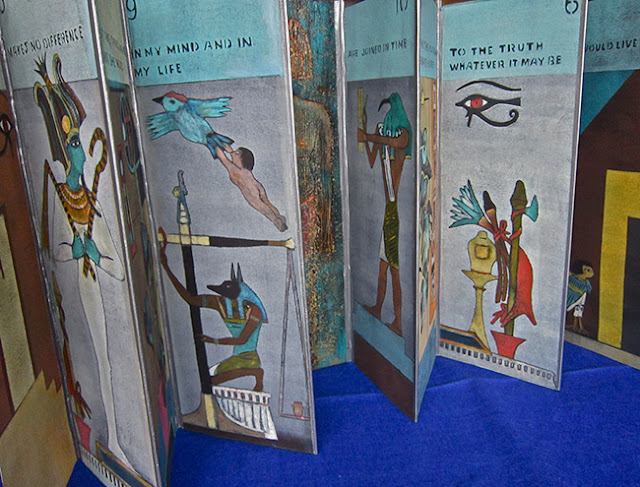 Posted by Natalie d'Arbeloff at 3:11 am 3 comments:

I forgot that I actually did some sit-down comedy, all by myself, in 2008. That's ten years ago! Ten.

I may have already posted this video here some time ago but even so, nobody will remember it so here goes .

I think it's hilarious but you might not agree. Should I allow Hank to perform again?


Posted by Natalie d'Arbeloff at 3:31 am No comments:

Careers I'd choose if it wasn't too late to start again:

1. Sit-down comic.
(I could be funny sitting down)


2. Singer-songwriter.
(I could sing and make up songs)

3. Plumber.
(I'd be making more money than I've ever had)
Posted by Natalie d'Arbeloff at 3:15 am No comments:

A significant matter looms on the horizon. Five days from now, the 7th of August, will be my birth day. Why this matter should be significant is a mystery equivalent to the mystery of why there is matter at all and whether we exist.

The more digits are added to the number of years I've been on this planet, the more questions I have. The question I have at this precise moment is:

Should I reveal the exact number my day of birth signifies? If I do reveal this secret I have closely guarded, will I get the tilt of the head, the indulgent expression reserved for babies, kittens and the very old, accompanied by exclamations of "Awww!" "Amazing!" "Well done!" and so on?

Because that possibility looms on the horizon, here is an advance warning. 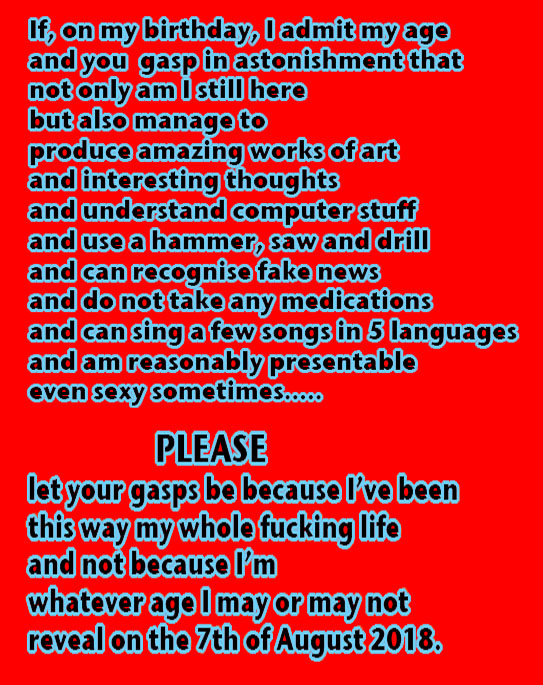