Yessss! First longlisted and now shortlisted! What next in this listed world?
Winners will be announced on 31 March.

Here are some of the sample pages of my gnovel-in progress which I submitted for this Award.
The  working title is DOUBLE ENTENDRE but this might change when the book is finished. There's a long way to go yet, it will be 200 pages at least. 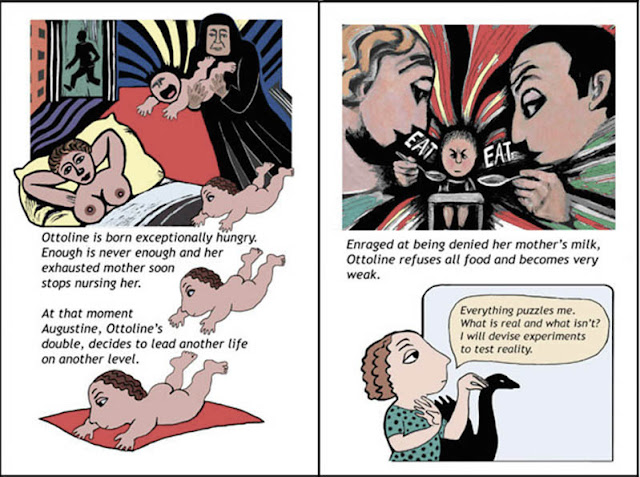 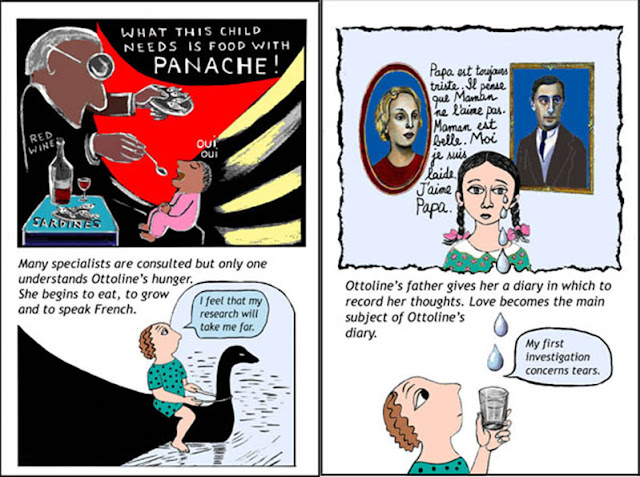 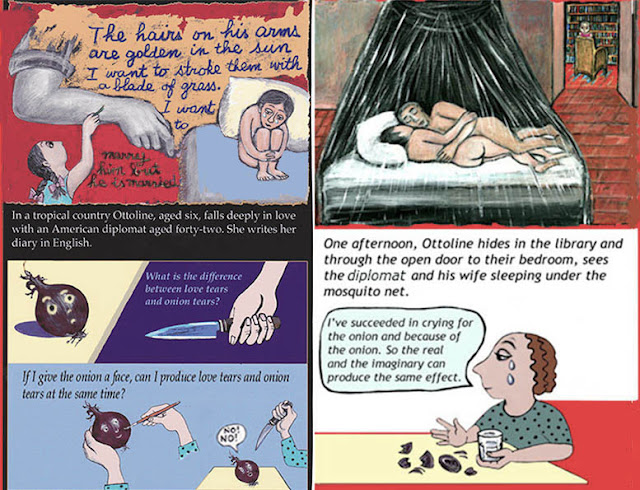 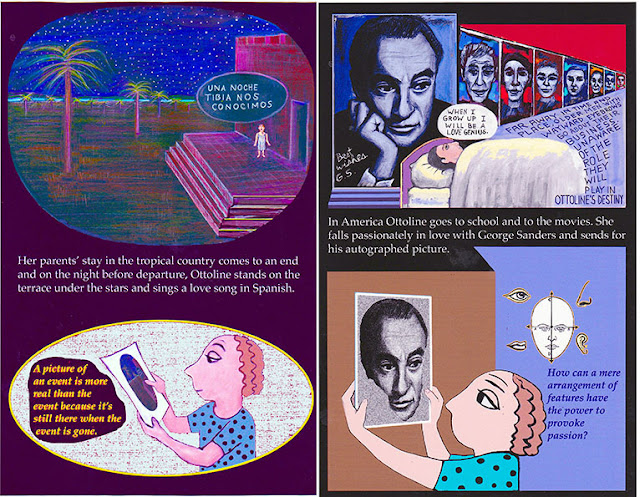 
Life offers experiences I can’t refuse. Some of them demand translation into a suitable medium which, for me, often requires humour. Even miserable situations have a funny side and that’s how The Joy of Letting Women Down came about.

I decided to satirise the type of man (I named him the Worshipped Male or WM) who is irresistible to women but I also wanted to make fun of the women (including myself) who, against our better judgement, are irresistibly drawn to him/them.


After several rejections and nearly-but-not-really finding an agent, the book was taken by Robson Books and published in 2000. I was interviewed on a few radio programmes, which was fun, but apart from a couple of local papers,the book was ignored by the press. Oddly enough, it also didn’t seem to be available in most bookshops where I..ahem..looked for it. I blame the cover though it was my idea and my design. Probably a mistake.

I still think the book is funny and exageratedly accurate but what with MeToo and everything I can’t imagine it being re-issued today. Anyhow it’s available secondhand for practically nothing on Amazon and elsewhere so go for it! Here's a taste. 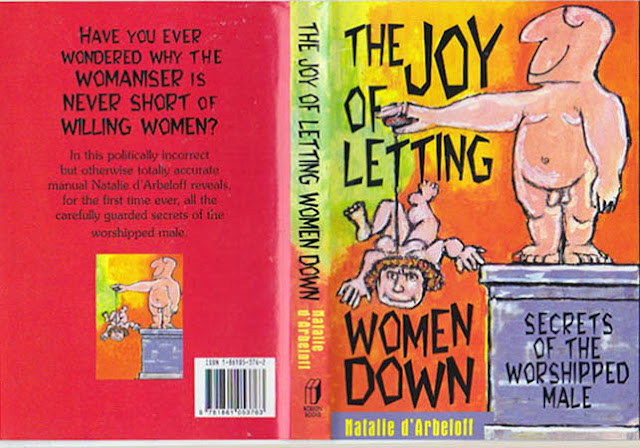 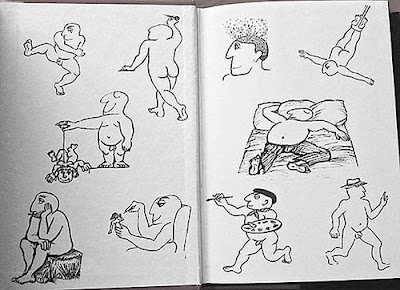 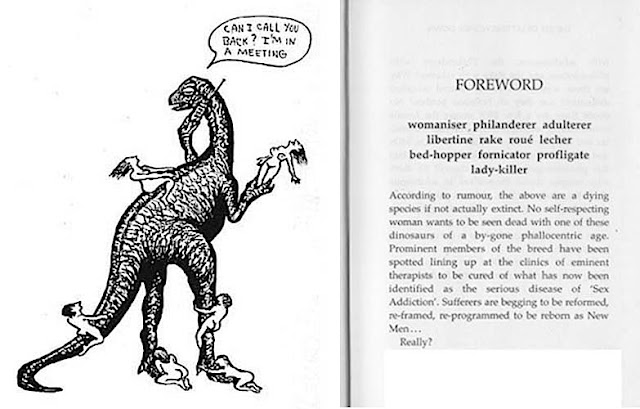 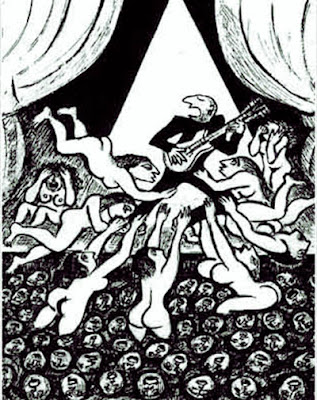 Posted by Natalie d'Arbeloff at 1:37 am 7 comments:

Always searching for sources of income which won’t require me to do things I hate doing, I started sending ideas to relevant magazines. One of them, Canvas (now defunct) accepted my proposal to write and illustrate a series called Experiments in Seeing. They published this series and others I sent from 1968 to 1970.

I then decided to expand the theme into a book and sent an outline to various publishers. It was accepted by Batsford and published in 1973 as Designing with Natural Forms.
I didn’t like this title, preferring Experiments in Seeing (because that’s what it was) but I had no say in the matter. Didn’t have much say about remuneration either: sitting in the office of the head of Batsford, an old school English gentleman, I politely pointed out that the royalties offered to me in the contract were beyond ridiculous in view of all the work I was doing. He laughed in jolly English gentlemanly fashion and said that having my name on the book should be reward enough…ha ha! But he did, very slightly, increase the percentage of royalties to be paid to me.


The premise of this book is an experiment: to take a few familiar subjects and look at them as if you'd never seen them before, allowing ideas to arise spontaneously from this concentrated but ‘innocent’ way of seeing. I didn’t want to know in advance what the results would be and they surprised me. Designing with Natural Forms got great reviews and, like An Artist's Workbook, made no money. The truth is that money and I have never had a close relationship. We don’t understand each other, don’t speak the same language, don’t iike each other, and that’s that. 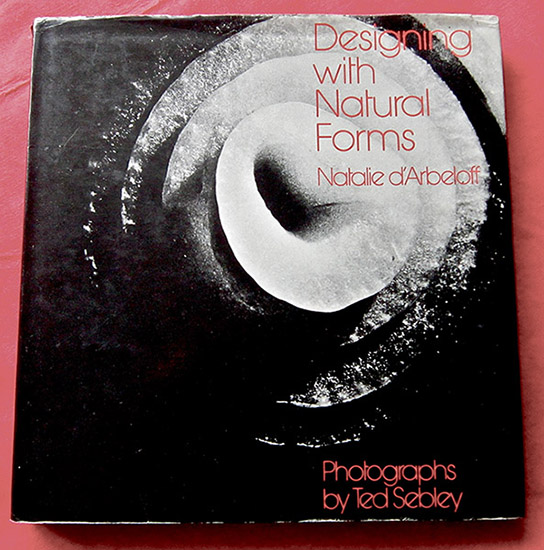 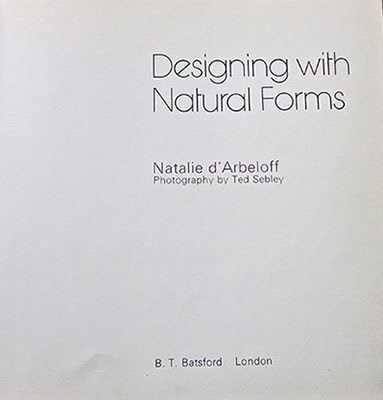 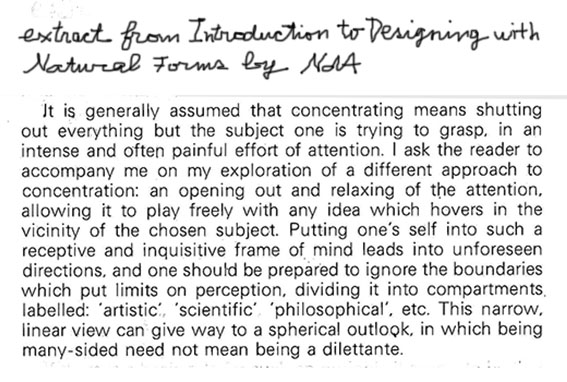 Water was the first topic I chose to focus on. I filled a dish with water and asked Ted to take photos of the patterns made by the waves when I shook the dish. A lot of unexpected ideas arose from this. You'll have to get the book in order to see how this and the other experiments arose and progressed. 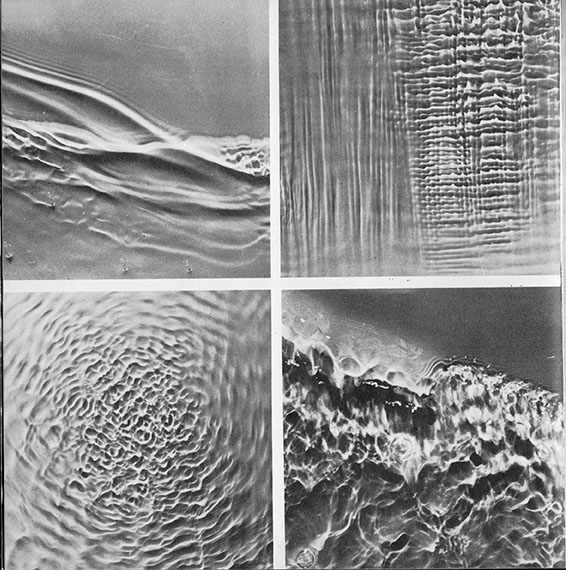 Posted by Natalie d'Arbeloff at 1:28 am 2 comments:

My adventures in publishing have wandered along two different roads. For the benefit of anyone who might find it useful, herewith a resumé in answer to the question: how was it for you? The future is yet to come and I’m hoping for an interesting sequel.

1. BEING PUBLISHED (by those whose business it is to publish)
2. SELF-PUBLISHED (doing it myself, willingly or reluctantly)
Under the above headings are sub-headings which I’ll elaborate on in due course.


BEING PUBLISHED EDUCATIONALLY
I was part-time teaching a multi-media class to adults at Camden Arts Centre when the publishers Studio Vista got in touch and asked if I’d be interested to do a book on collage for their How-To-Do It series. Naturally I said yes! Then I thought: h’m, I don’t really use collage that much but I can certainly write about it. I asked Jack Yates, a colleague who worked mainly with collage, whether he’d like to collaborate and do some of the How-to examples. Of course he said yes. We signed a contract with Studio Vista and the little book did well - there were Dutch and Swedish editions and it was also published in the U.S. by Watson Guptill.

With one foot in the door of mainstream publishing I felt encouraged to gather the notes I always kept about my work and when teaching. I came up with the idea for a book to be called An Artist’s Workbook and sent an outline to David Herbert, then head of Studio Vista. He was enthusiastic. I signed a contract and was paid an advance (about £500) which seemed astonishing - this was 1968 and I was just about managing to pay my bedsitting room rent. I needed many photographs which were taken by an excellent photographer, my friend Ted Sebley. Studio Vista published the book in 1969 and it was taken up in the U.S. by Van Nostrand Reinhold. It had great reviews in the educational press.

Quote from the Foreword by Maurice de Sausmarez to An Artist’s Workbook:

“Natalie d’Arbeloff clearly defines the nature of a workbook as a personal inventory of formal ideas, and she is well aware that it has its ultimate justification only in the development of works specifically related to the individual creative talent and temperament. It is, at one and the same time, a means of study and a spur to creative thinking.”  May 1969

An Artist’s Workbook went out of print years ago but second hand copies are still available via Amazon etc. I’d love to find a publisher who would bring out a new edition (rights have reverted to me).
Here is a link to Amazon page where you can find secondhand copies of some of my books. Ignore the "unavailable" under Old Stile Press publications: not true! they are available from OSP. The artists' books on that list are not mainstream published and don't belong there. More on this later. 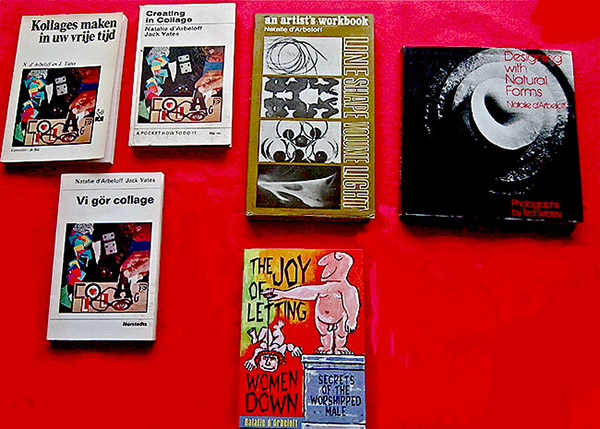 Posted by Natalie d'Arbeloff at 1:14 am No comments:

Laydeez do comics
Yesterday at 14:31
Announcing the longlist for the LDC Award 2019!

My name's on the longlist! Shortlist to be announced later this month and winners TBA at the end of March.  The brief was to submit just 12 pages of a graphic novel-in-progress which will eventually be at least 200 pages.

So that's what I sent, Double Entendre, the graphic novel I've  been working on sporadically for quite a while.  It's still got a long way to go but would certainly benefit from a boost of encouragement such as this.

Mine is on the second row, first on the left. These are not the final books (obviously, since the Award is for work in progress) and only contain the few sample pages submitted to the judges. 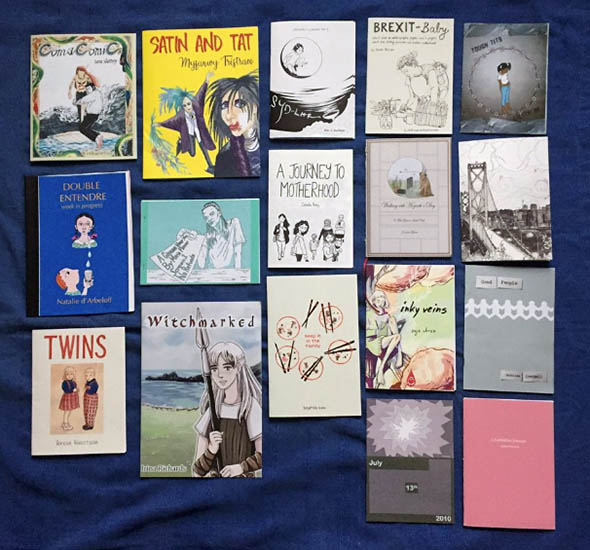 Below is my temporary cover. It will probably change before the book is finished. 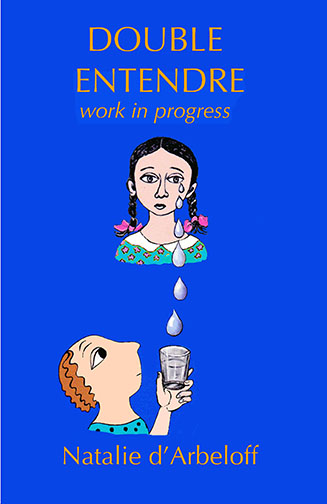