There are many more things in life that I disagree with or dislike than there are things I agree with or like. Sometimes I dislike what most others like and vice-versa. This might be because I am an independent thinker with a penetrating intelligence and a questioning attitude towards more or less everything. Or it might be because I'm an arrogant, argumentative know-nothing-know-it-all. Or you could attribute it to age-related grumpiness. I would disagree with the latter because I've always been like this, even as a child, even as a teenager, always. Wait, I'll get to the point in a minute.


Idly browsing the facebook universe (as one does) I often come across quite a lot of things I disagree with or dislike. Often I am tempted to express my dissidence in a comment, possibly even in a comment about someone else's comment on a thread where most of the commenters agree with each other. In my head I compose a carefully worded dissent, possibly curling my lip as I do so. But then I stop and think:

WTF is the point of my opinion? Opinions are a dime a dozen, a dime a million. WTF does it matter whether I disagree or agree? And hey, by the way, what's the intention behind my desire to add my two cents? Is it to imply that I can see while everyone else is blind? Or is it simply to feed the illusion that I'm actually doing something worthwhile when the fact is that I've been spending the past 3 or 4 hours glued to a screen like a fly squashed against a windowpane?
Posted by Natalie d'Arbeloff at 2:30 am 4 comments:

Can't decide if facebooking is an addiction, an affliction, an inspiration or an irritation, distraction or destruction, indispensable or irrelevant, here today or gone tomorrow?

Those of you who have resisted Facebook won't know what I mean, those who are on it will understand. 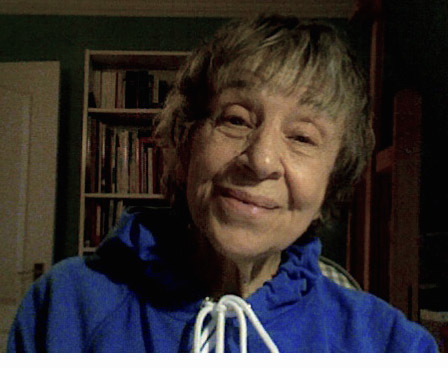 I went with Jean Morris, Rachel Rawlins and Dave Bonta, all of us old friends of Teju's, part of a group of about a dozen bloggers who met online around 2003, when blogging was a new, uncrowded and exciting platform. Somehow we found each other's blogs via common interests in reading, writing, art, ourselves, seeing and interpreting the world through rainbow-coloured glasses. Then we met in real life, in New York, in London, and over the years followed each other's lives and work.


Teju Cole's career took off with Every Day is for the Thief in 2007, soaring steadily ever since and there's no doubt at all that he's headed for the stratosphere. Unsurprisingly, fame hasn't changed him a bit and I mean that in a good way. His warmth, humour and insightfulness are always genuine and of-the-moment. When he answers an interviewer's questions he takes his time, thinking on his feet, coming up with answers which you know are born right then and there. This is a quality I particularly appreciate when so many public utterances, on any subject, are so often calculated soundbites, selfie salestalk or rehashed re-heated rehearsed rhetoric.

I was in Costa this afternoon paying for my coffee at the counter. A man who had been sitting at a table facing the entrance comes up to me and shakes my hand politely. I look at him, wondering if I know him. I don't. He sits down again.

I take my coffee and sandwich and sit at a table towards the back where I can observe him. He's a small, thin, balding man with glasses, nothing remarkable about him, except that he suddenly breaks into a recitation in a high, sing-song voice. I can't make out the words but it sounds like a multiplication table that a classroom of children might recite in unison. The man repeats exactly the same refrain every ten minutes or so, the palms of his hands resting flat on the table, as an obedient schoolboy might do, sitting up with straight back. He's not agitated but calm and concentrated on his ritual, looking into the distance.

I thought he might go up to other people who enter the cafe and shake their hands but he doesn't. I seem to be the only one he chose for that gesture.


Obviously the man has mental problems. I feel enormous compassion, almost affection for him. I imagine the reasons why he ended up like this - perhaps he was beaten in school or at home for not keeping up with the others... or perhaps... There's no way I can know his story. I wish I could give him a hug but that might not be what he needs. I don't do anything at all.

A rage overwhelms me about those parents or other adults who abuse children in so many ways, unaware or not caring that they may be wrecking their lives forever. Those mothers or fathers I often see in supermarkets slapping and shouting and berating their little kid for some minor misdemeanor, or for nothing at all.

By the time I finish my coffee and sandwich the man is gone. I'll never know his story. But he did shake my hand.
Posted by Natalie d'Arbeloff at 12:16 am 2 comments:

Born at midnight on this date long long ago in some distant galaxy. 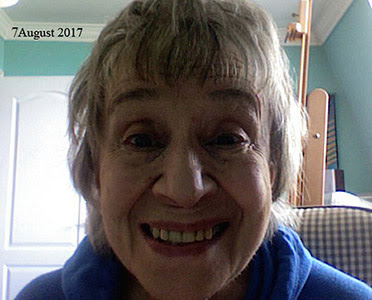 Another short update to the autobio. I'm just going to keep adding to it in small chunks like this rather than wait until I've got many more pages.