Am starting to count down the days until the op this coming Friday. Don't know whether to apologise or insult my right hip joint for outliving its usefulness. I've looked it up and apparently the hip replacement surgery can be done posteriorly or anteriorly. In other words it will either be my ass or my thigh which will hurt until it calms down. I am girding my loins, as they say, in anticipation. Avanti popolo! 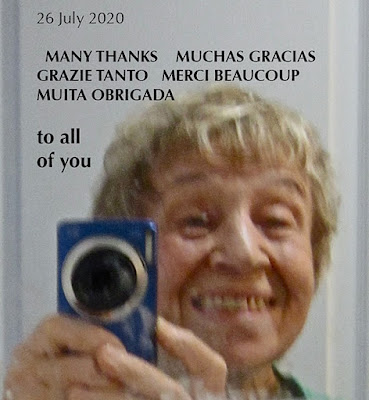 On 14 June 1962, aboard the Dutch freighter on which we were leaving Paraguay, I wrote the following in my diary while waiting for cargo to be loaded:

"So here we are now, on the way out of Paraguay, an epoch, an epic, something unique out of all the epochs of our lives. We go out by the river, as we came in, the beautiful wild indifferent river, its banks deserted, wild birds gliding, a feeling of frontier without the danger or the challenge. This is shy nature, not agressive, not opulent like Brazil, it is just there, lives its own life and leaves you alone, doesn’t try to seduce you or to join you or to give you anything at all. It would really be better in Paraguay to live somewhere quite isolated along this wild river coast with no village nearby, no hint of any improvements……What will Europe feel like now?"

We were at sea for over two months, the only passengers. Reg and I were lucky to have been granted passage by a friendly captain whose ship had been docked in Asunciòn. He wasn’t supposed to accept passengers and the need for secrecy meant we had to board late at night from San Antonio, helped by friends who rowed us and our baggage to the ship. We said tearful farewells and climbed on board via rope ladder.

The ship was spicspan clean and we had our own spartan cabin. The food was simple - cabbage, potatoes, meat - and the crew were friendly. I spent my time drawing and writing and Reg would play the guitar for us to sing folk songs with the captain and crew. When the ship docked at ports along the way to load or unload cargo, we could get off and explore the surroundings. Both of us overcame a couple of bouts of sickness and eventually landed safely in Rotterdam, thence back into ‘civilization’ ...and Rome. 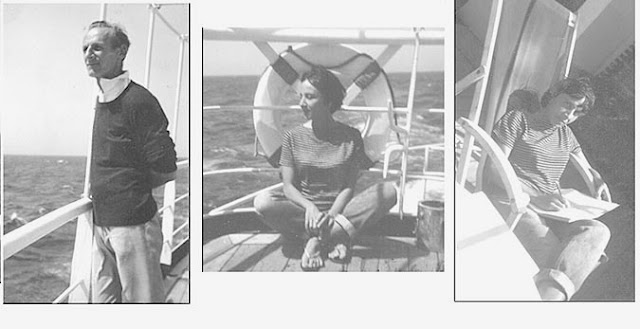 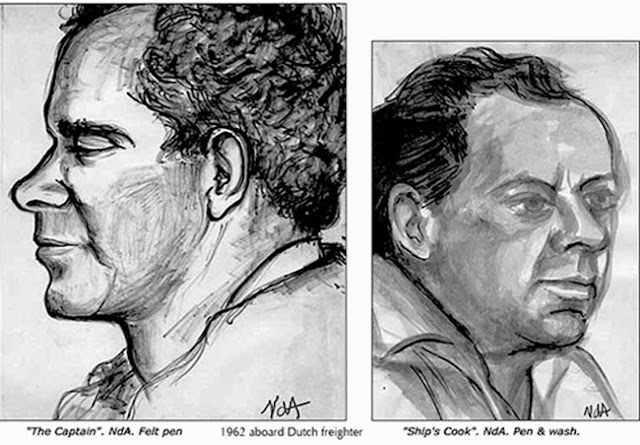 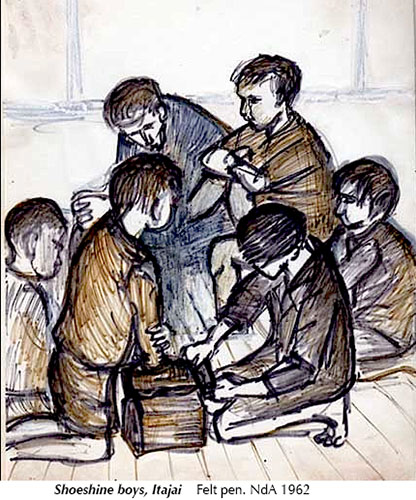 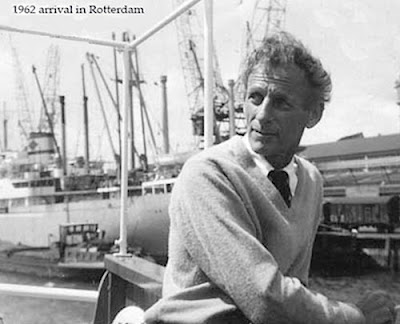 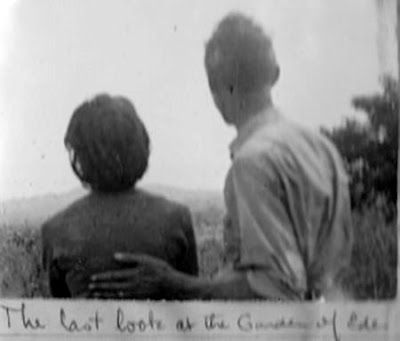 Posted by Natalie d'Arbeloff at 3:13 am No comments:

Yesterday was the first day of 14-day pre-operation total self-isolation. Am stocked up on food etc. but apart from no walking or bus riding in the neighbourhood, life is as usual. New portrait commission on the go (from photos) and lots of other stuff to do. I presume I am the self-sufficient type but who knows?
Posted by Natalie d'Arbeloff at 11:05 am No comments:

I am addicted to the habit of self-questioning, unfairly labelled ‘navel-gazing’ by those who have probably never seen their navels. I admit there’s plenty of that sort of thing in the longer version of my autobio but over here I’m trying to stick to the lines and omit whatever might lurk between them.

From 1958 to 1962, the Quinta Recalde - our 120 acres of bone-dry red soil on the edge of what was then the tiny village of San Antonio - was an often frustrating responsibility. We had no electricity (paraffin lamps instead) and limited running water from a tank on the roof of the main house. Transport to Asuncion was via the packed local bus on a pot-holed dirt road or getting a lift in a neighbour’s truck. We had a few horses, cows and chickens but animals sometimes vanished. Fish, caught by Reg in the Rio Paraguay, were generally more reliable.


In spite of multiple difficulties - or perhaps because of them - Reg and I eventually managed to make ends meet and to be creatively productive. We exhibited paintings and ceramics and I was also sending work to a gallery in New York. A Yugoslav couple living in Asunciòn became close and supportive friends. They comissioned me to paint their portraits and to create a mural in their dining room while Reg was tasked with decorating their garden wall with ceramics. He had built a wood-fired kiln and later constructed a small roof tile factory. The plan was to sell the tiles in San Antonio but alas, too few people needed roof tiles. We always had too much to do, all day every day, problems to be solved every minute, which didn’t allow much time for sunset-gazing, let alone navel-gazing.

The American Point Four ccoperative agricultural programme had headquarters in Asunciòn and we became friends with some of their staff. I was offered a part-time job teaching drawing to the office’s local employees and also took on many portrait commissions. In 1962 the Paraguayan Institute of Social Security announced a competition to design and execute a mural for the new Hotel Guarani, an interesting modern building. I submitted an abstract design, to be made of cast cement blocks, but thought it very unlikely that I would win. Believe it or not, I won.

By that time we had rented a house in Asunciòn but often went back to San Antonio. In our Asunciòn studio we held workshops in drawing and ceramics. For the Hotel mural competition, with help from Reg and a friend, I began to cast and colour, one at a time, the many cement blocks my design required. They were then transported and assembled in situ and it was enormously satisfying to see the whole thing completed, looking at ease in its environment.

In current photos on the internet I see that the Hotel Guarani still exists but it has changed and I don’t know if my mural survived. 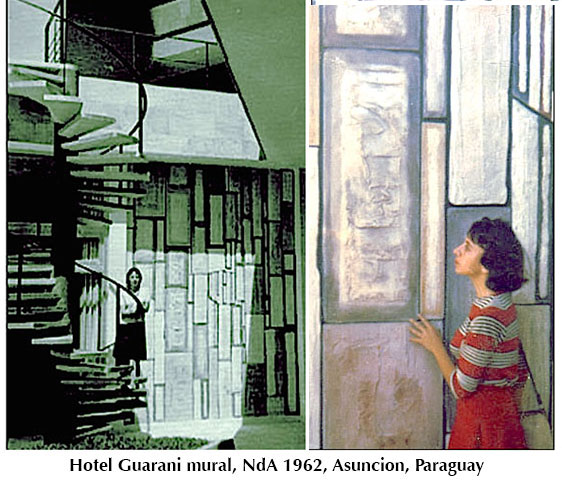 Change of date for the hip op (hip hop). It will now be on 31st of July instead of the 24th. I don't mind the delay at all. More time to creatively procrastinate and get more eyebags to carry ideas in.

What's good for eliminating eyebags apart from teabag compresses or digital trickery? And did you know that age makes your nose grow? 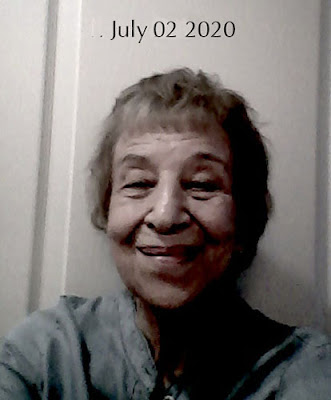