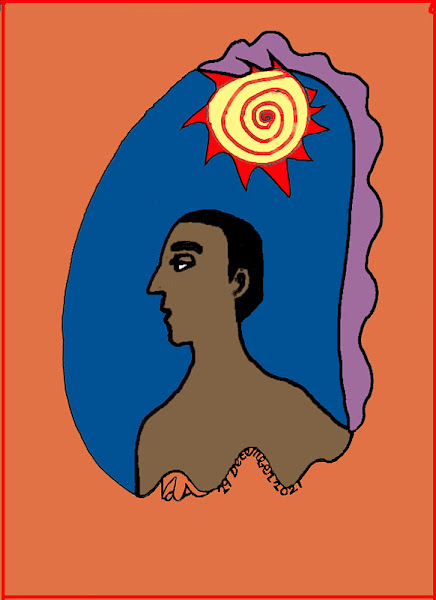 Posted by Natalie d'Arbeloff at 2:09 am No comments:

ALL THE LONELY PEOPLE

The thing about loneliness.....I'll start again because I was drifting into generalities. I don't like generalities because the obvious fact is that whoever writes something or says something is a person, a specific person. Anything we say is personal, a personal viewpoint or feeling or theory or observation. No matter how impersonal, abstract, objective, clever, informed we can make it sound, there is always a "me" behind it. Always. Even if you're parroting an opinion you have heard elsewhere, the parrot is you. That's my personal opinion. As I was saying, the thing about loneliness...I mean my loneliness...,is that it's never about wanting company. It's more like an un-healed wound. A hidden wound which hurts once in a while, not often.

That's all I really wanted to say and the only reason I'm saying it on this public platform is because there's no specific person to say it to. 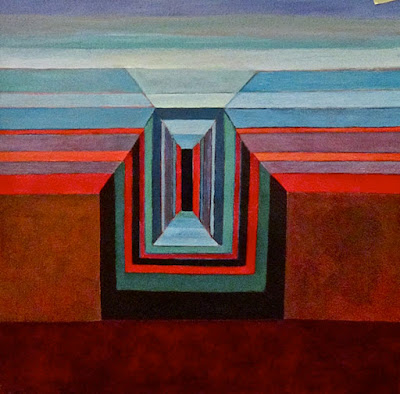 Not dead, not ill, not Omicronified. Just silently busy with work and ordinary things.

Sincerely wishing each and every one of you

every possible and impossible reason

if not every day

then at least every other day

for the rest of this year

and all of the New Year 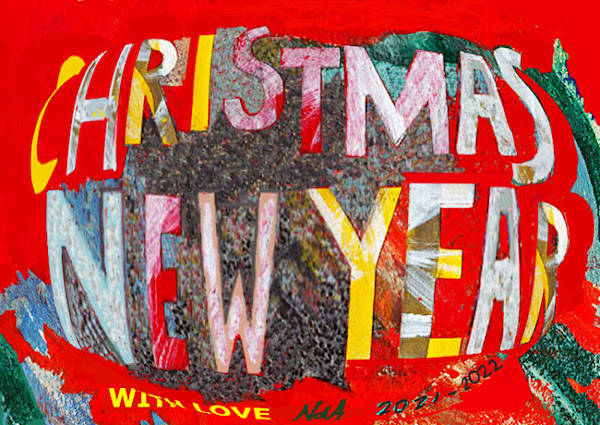 Posted by Natalie d'Arbeloff at 2:37 pm No comments:

Digital copy of a page from a one-of-a-kind artist's book I made in 1984 titled Post Scriptum. I've somewhat altered the background colour on this image. 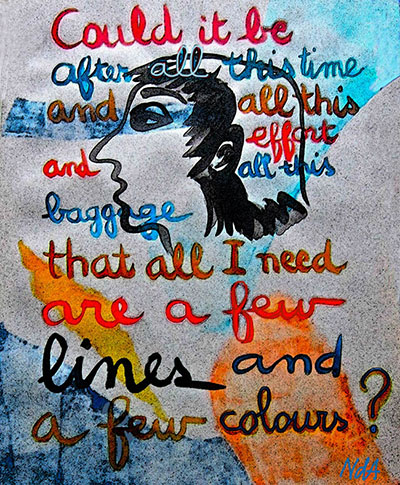 <
Posted by Natalie d'Arbeloff at 2:20 am No comments:

Dental hassles not over. Waiting for NHS dental hosp. to fix date to remove bit of bone or whatever stuck in upper gums. Meanwhile eating only mashed things and chewing with left cheek - don't try this, it's nor fun. Fake upper teeth glued on for this photo do not stay put. Presumably they will, after surgery. Or whatever. Keep smiling! 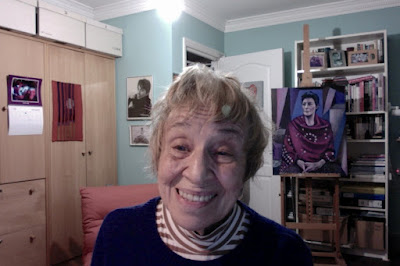 Posted by Natalie d'Arbeloff at 12:00 am No comments: