Sudden nagging urge to write some poems, interfering with the dozens of really necessary things I must do before going away in a couple of days. Anyway, here goes. The image is from My Life Unfolds (and today is not my birthday...it's on 7th August.) Back soon.

Those 2 souls
I terminated...

They'd be here today
for my birthday. 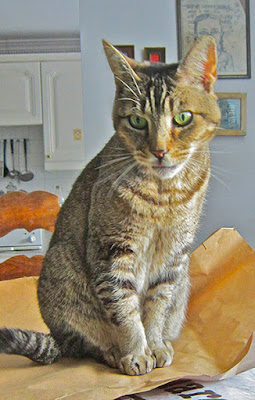 A neighbour's cat
Often comes to see me
We are in love this cat and I
He reads my mind
I read his eyes
He is demanding
Moody, jealous
That's fine
He's not mine

I give him undivided attention
Careful caresses, food.
His owner cleans his litter
Takes him to the vet
He sleeps in her bed.
That's absolutely fine
I'm so happy
He's not mine.
Posted by Natalie d'Arbeloff at 1:05 am 3 comments:

Dick Jones has posted on his Blaise Cendrars FaceBook page a report of our 6th July launch of Trans-Siberian Prosody and Little Jeanne from France at the London Review Bookshop.

I've uploaded my original video, the one that was projected onto the screen at the bookshop, to my FaceBook page (file too big to post here). The soundtrack is only a test recordings of Dick's reading and lacks Doug McGowan's music but it is the complete sequence of images I stitched together as a movie.

We were very glad to have Bill Garnett filming the live event. His version, which I've now also uploaded to FaceBook, focuses mainly on Dick reading and Doug playing, only occasionally turning the camera towards what is happening on the screen. This intimate view of the 'performers', if not a complete record of the 'performance' itself, gives a great sense of the ambiance and character of the evening.

REHEARSING AND LAUNCHING THE TRANS-SIBERIAN

Chez moi on the 5th of July, Dick Jones, Doug McGowan and I rehearsed together for the first time the presentation we gave the next evening at the London Review Bookshop in Bloomsbury. Both occasions went off amazingly well, considering the somewhat unpredictable elements of the audio-visual programme which consisted of the following three components:

A live reading by Dick of Cendrars' entire poem.
Accompanied by Doug on guitar, playing his own composition based on the poem.
Both of the above synchronised to a slideshow of all my illustrations of the poem, plus some added visuals. 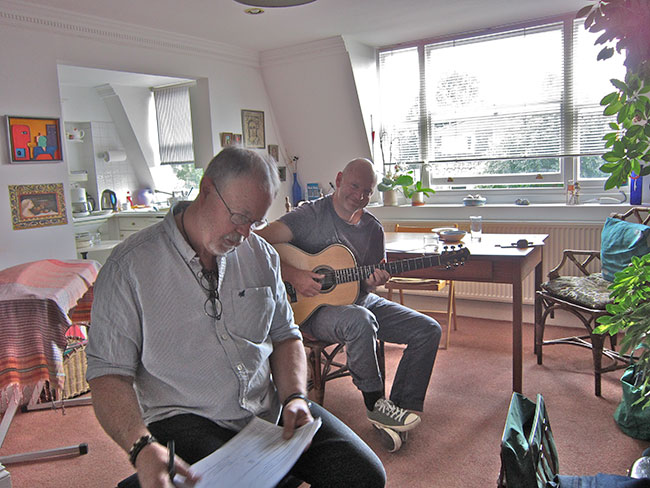 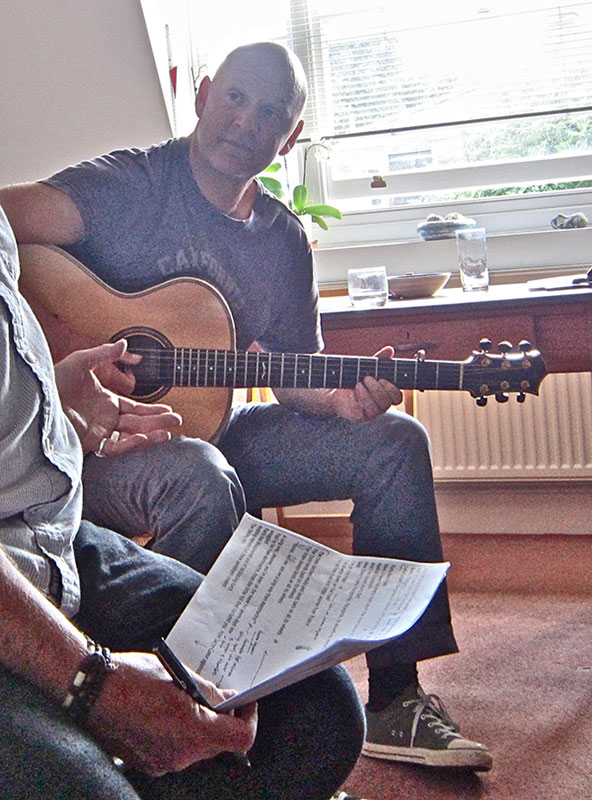 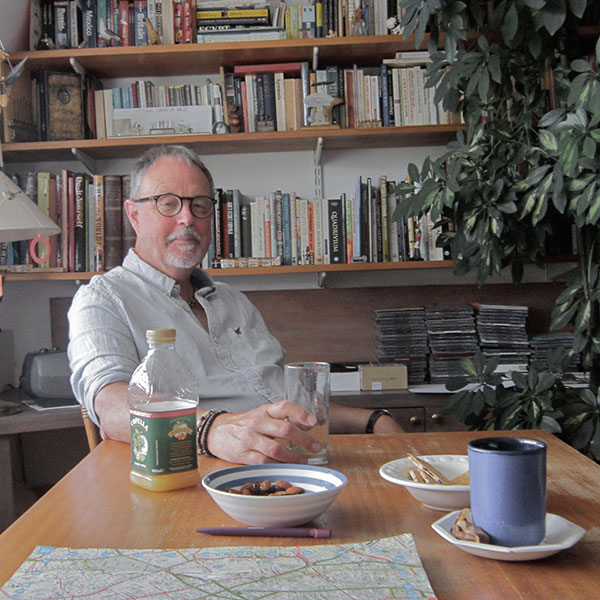 The main difficulty when I was preparing the video was to time the sequence of images to coincide as closely as possible with the spoken words and the music. With the software I was using, much careful tweaking was needed to establish the duration of each image and the transitions flowing one image into the next, but eventually everything came together really well and we were amply rewarded for all our efforts by the audience's enthusiastic appreciation. Doug was able to improvise and subtly adapt his playing to any changes and Dick's reading was always with feeling, con brio, neither over-done or under-stated.

If there is a record for posterity of this event it is entirely due to the kindness of Bill Garnett who volunteered to film it and was there, everywhere, with his camera and camcorder. The photo below is by Bill and more of his wonderful pictures of guests milling about in the bookshop before the performance are on his Pomegranate page on FaceBook. If possible, I'll post his video of our 30 minute performance when I receive it but it will be a very big file so I'll have to find out where best to upload it. 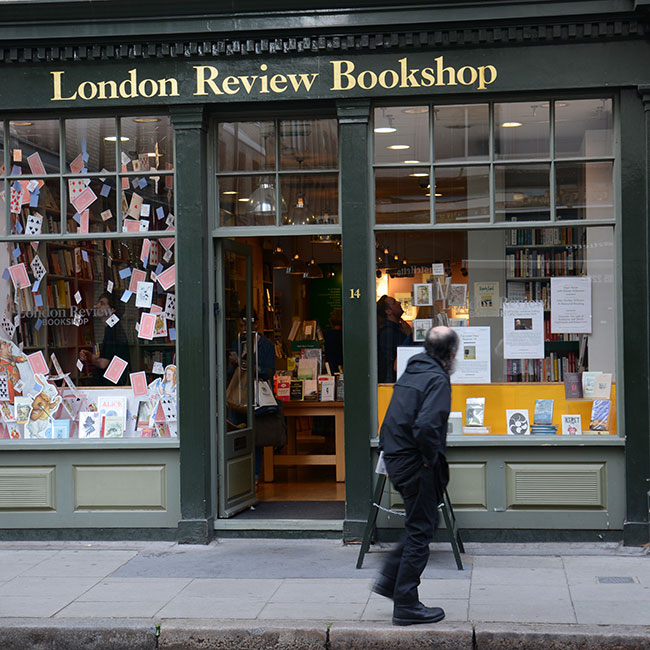