Our Mato Grosso séjour was never intended to be a long-term commitment. The plan was to stay just long enough to supervise the arrival of equipment and crew essential to my father’s ambitious project and, in doing so, earn enough to finance the start of our new life in San Antonio, Paraguay,

It didn’t take long for reality, including predatory insects, to demonstrate with blinding clarity that neither Reg or I were cut out for such a venture and, in the extremely unlikely prospect that the project would actually materialise, it would demand many years, a huge work force and non-stop injections of cash. By letter and by phone we pointed out the disappointing facts to my father and he agreed that we’d be better off pursuing our Paraguay dream. I say “our” but it was really MY dream, based on vague memories of a carefree childhood in the wild plus a vague desire to escape the dictates of ‘civiization’, a vague desire shared by Reg.

I’ve written in detail about the Paraguay episode (1958 to 1962) online which you may already have seen starting here. For now, I’ll just add some more photos. 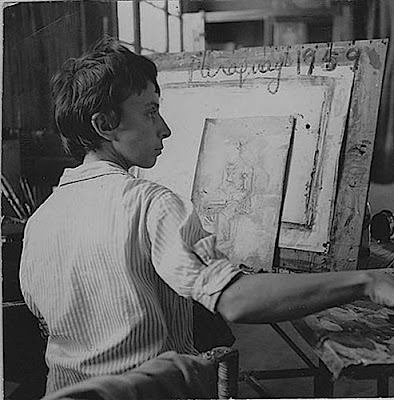 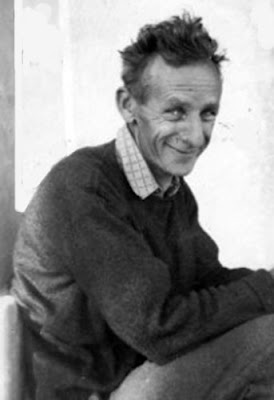 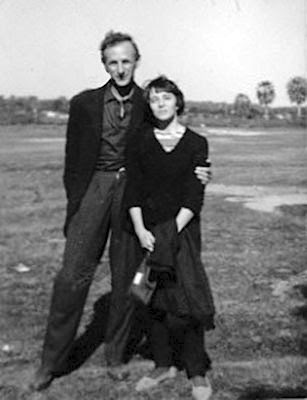 Posted by Natalie d'Arbeloff at 5:35 pm No comments:

NEW HIP IS IN THE WORKS AND ON THE CARDS

Well, I've been given a date for the hip replacement op: 24 July. Sooner than expected but let's get it over with. The hospital tells me I must self-isolate for 14 days beforehand - not difficult since I hardly see anybody in any case. Kind neighbours will do my food shopping. May the benevolent Force be with us all! I've been lurching around like a (sober) drunken sailor so it's time to straighten me out.
Posted by Natalie d'Arbeloff at 3:59 pm 2 comments:

Statues of historical figures? Let them all be put into a Real History Museum where they can continue to stand or sit on their bronze horses. thrones or whatever and their factual, unvarnished histories will be told in detail with pictures and documents and film. Then everybody, including schoolchildren, will learn who they were, what they did and why they became statues.

This would make sense. Because, let's face it, who apart from pigeons and dogs ever pays attention to these monuments? How many passers by ever give them a second thought or know who they were, unless they're the big household names?
Posted by Natalie d'Arbeloff at 8:29 pm No comments:

We’re now in 1958. I’ve married Reg Dixon, we’ve left his Vancouver home and I’m staying at my parents’ house in Putney, Vermont, waiting for him to return from Brazil. He’s inspecting the place where we will be headed next and I’m packing all my worldly possessions to travel thousands of miles to a strip of land shaved from the wild rainforest, the Mato Grosso.

A phone call from Reg: his return flight has landed at Miami airport but there is a problem. Passport control is not letting him enter the United States. WHAT?? When shock/horror subsides I find out that my laid-back potter husband is considered to be a danger to the Land of the Free (this is the McCarthy era). How was this verdict arrived at? They have information that many years ago Dixon was a union organiser in a tiny Canadian fishing village - well, obviously, he must be a Commie, right? Our plans are wrecked. We were due to sail trom New York to Brazil, now we must find an alternative. Reg gets on a flight to Montreal and I take a train to meet him there. We talk and talk and decide that if we travel back to Vermont together by train there’s a chance he can get through because passport control at the border may not be so demented.

It’s the middle of the night when the train arrives at the Canada/U.S. border. It feels like we are in a spy movie but our anxiety is real, as if innocence is itself a crime. The inspectors are unsmiling and hurried. They examine our passports (mine is American, Reg’s Canadian) and declare that I can travel on but Mr. Dixon must get off the train right now. I refuse to continue the journey without him so we are both escorted off the train.There are no trains back to Montreal at that hour so we’re taken to the local jail and invited to spend the night in a cell (unlocked). I can’t remember what the cell looked like or if we were given breakfast in the morning. A night not to remember.

Best forgotten too the long, frustrating days spent in a Montreal hotel, organising, then waiting for all our belongings to be shipped from Vancouver and Vermont to Montreal, then to Brazil. By the time we arrive in Mato Grosso, we are doubting the wisdom of this venture.

Assuming you clicked on the link I gave in the previous installment of these autobio fragments, you will have read my account of that insect-populated episode.

Posted by Natalie d'Arbeloff at 2:17 am 2 comments:

I INVESTIGATE THEREFORE AM I?

The way I approach autobiography is more like an investigation than a narrative. My aim, and my hope, is that when it’s all done and laid out in some as-yet undefined form, I will say AHA, now I get it, I can see clearly now.

I know this is an unrealistic expectation. Can we ever see ourselves and the life we’ve lived as if it were a still-life, an arrangement of objects in specific relation to each other inside a frame called Time? Truly see the elusive creature we address as “me”.

The whole idea of a "Me" both fascinates and baffles me. Yes, I’ve consulted the literature, the philosophies ancient and modern, the psychologies, the esoteric, the orthodox and unorthodox, the spiritual and the scientific views of the Self, whether capital S or lower case. All very interesting. But the only self I have ever had unlimited access to is the Moi that is sitting here typing these words. Isn’t that strange? Doesn’t it seem amazing to you that you are you? That you inhabit and are inhabited by a creature which is in some ways more or less identical to all other humans and in other ways, totally different? Isn’t that absolutely mind-blowing?

Posted by Natalie d'Arbeloff at 2:14 am No comments: