THE DUKE IN PARAGUAY

I don't remember a thing about this event though I was in Asunción then and an old news item I've just read describes the streets bedecked with UK-Paraguay flags. What I do remember clearly is that I completed my mural for the Hotel Guarani just before this time and when I saw the photo, I recognised the Hotel's distinctive structure in the background. José Luis then told me that Prince Philip (and entourage) did indeed spend four days at the Hotel Guarani. Therefore he would inevitably have walked past my mural which was on a terrace above a circular staircase overlooking the swimming pool.

That's my only connection to Philip, Duke of Edinburgh,RIP. But I like to imagine that he was standing in front of my mural when he pronounced one of his famous gaffes (in this case totally accurate) looking directly into the eyes of President/Dictator Stroessner: "It's a pleasure to be in a country that isn't ruled by its people." 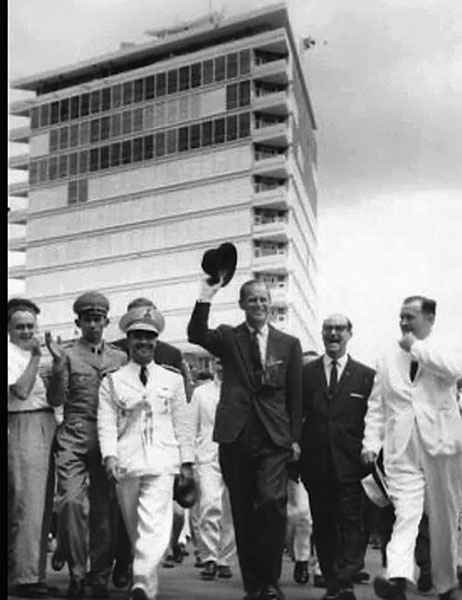 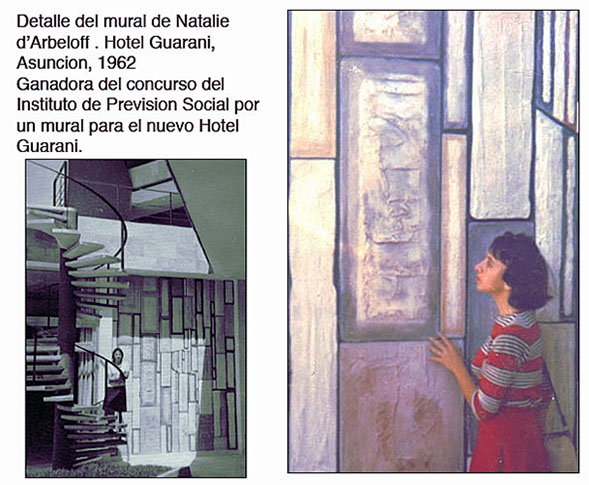 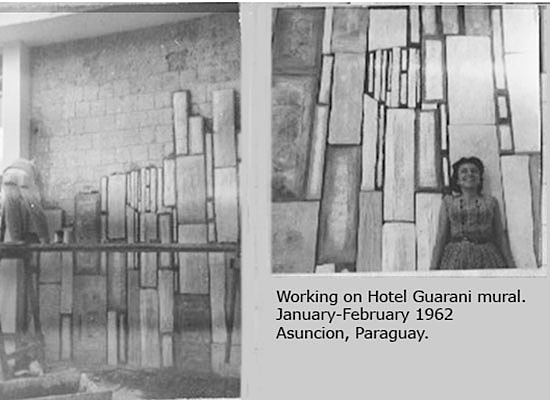 Posted by Natalie d'Arbeloff at 1:54 am