More about that time.
In the mid-1960s and later, Ted Sebley's basement kitchen in Adelaide Road became a gathering place for many people from far and near. How I happened to be included is a long story. parts of which are in the unfinished ongoing online autobio The Burial of Mickey Mouse on my website.

Some of us used to go to the Prince Consort pub around the corner and very often ended up at Ted's afterwards. Every Sunday, every Christmas and many other festive occasions there would be hearty dinners around that table, cooked by Ted. I think some of their flavour is in these photos. 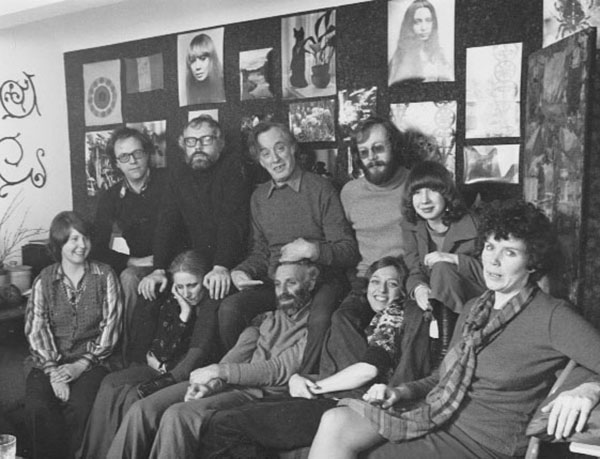