I don't see a dividing line between drawings perceived as 'Art' and those perceived as 'cartoons' when the hands which drew them belong to creators who have that spark of genius which can be dissected ad infinitum but never precisely defined - at least not to my satisfaction. Size, location and reputation often influence the way a drawing is labelled or perceived.

Take some of Nick Wadley's small drawings which I snap shot (sorry for reflections) at the opening of the exhibition NICK IN EUROPE on Thursday. Put them on canvas, enlarge them hugely, hang them in the Tate or other temple of Art anywhere, accompany them with a monograph in which the name 'Wadley' has the same resonance as, say, 'Picasso' or 'Warhol' etc....See what I mean?

If you haven't heard of him, see the website nick wadley writes and draws, read the obituary last year by his widow Jasia Reichardt, find his books, and if you're in London see the exhibition at the 12 Star Gallery in Europe House until 25 May.

For a very short time I had the good fortune to know Nick and he most certainly had that elusive, playful spark of genius. My friend Sylvia Libedinsky, multi-talented architect/designer, collaborated with him on many inspired publications, comics and exhibitions.

The serendipitous connection I have with Jasia Reichhardt came about because I had met Franciszca and Stefan Themerson (the legendary Gaberbocchus Press) Jasia's aunt and uncle, when I first arrived in London a long time ago. It was Franciszca who, when she saw a series of...'cartoons'... I had drawn, encouraged me to take up etching and turn them into limited edition artists' books which eventually led to my starting NdA Press.

Below: a few of my favourites from Nick Wadley's exhibition currently at Europe House. 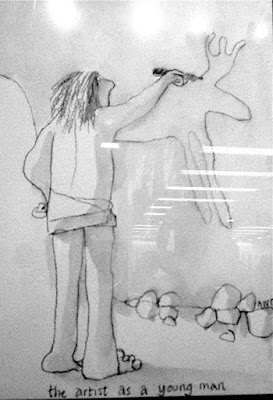 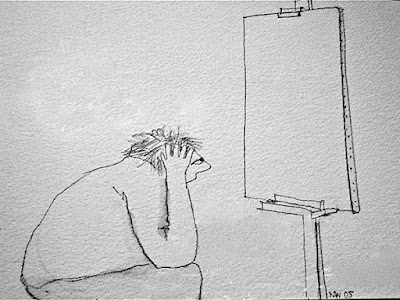 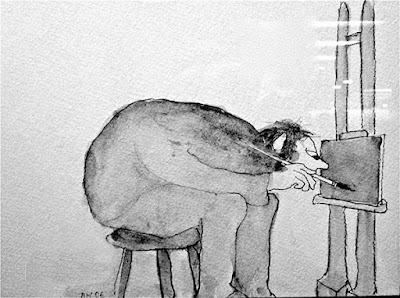 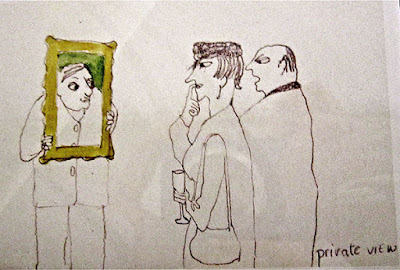 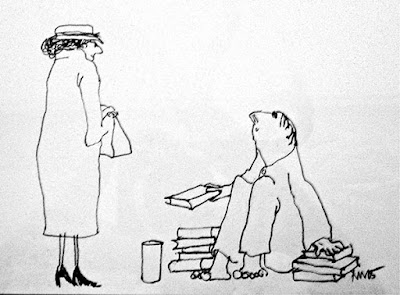 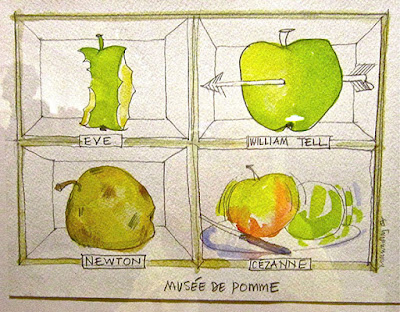 Posted by Natalie d'Arbeloff at 7:20 pm