On Thursday I'm going to Norwich to join George Szirtes at the Book Hive for the launch of 30 Poets Go To The Gym, the Candlestick Press publication of his acrobatic poems.

I'll be signing copies alongside him since I'm the illustrator but as they're mostly tiny in the pamphlet, here are the celebrity keep-fitters as interpreted by yrs truly. 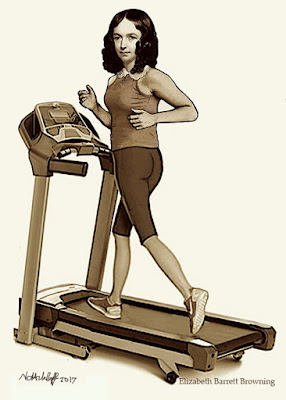 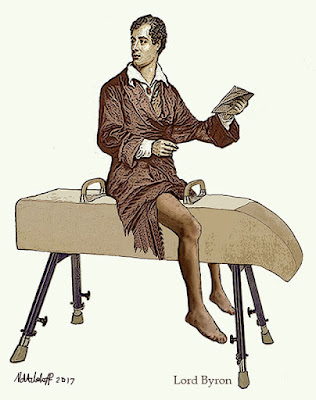 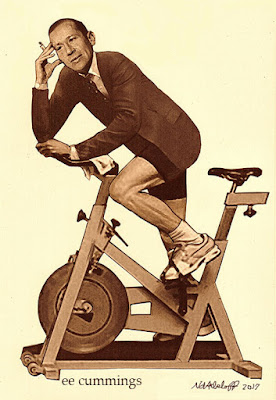 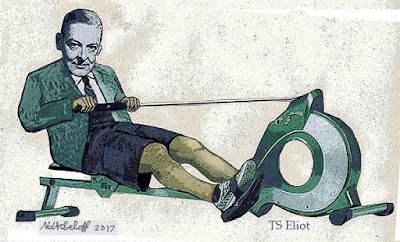 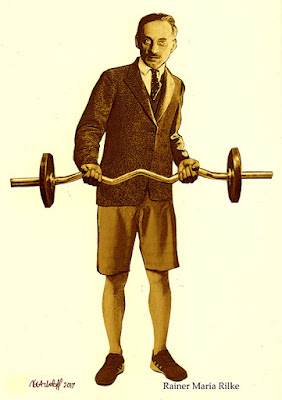 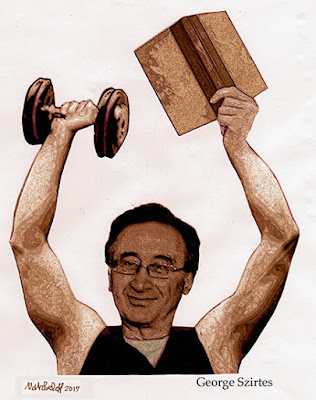 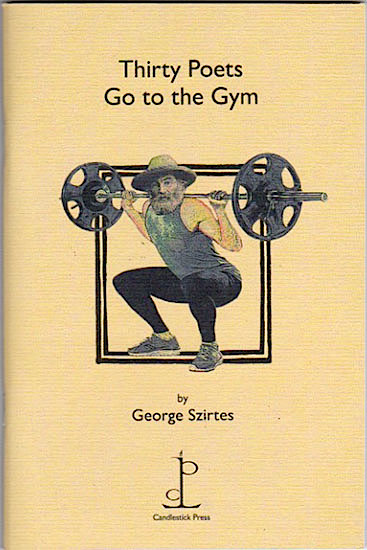 Posted by Natalie d'Arbeloff at 9:36 pm

Nice sketches but a silly concept. Emily Dickinson would never have left home to go to the gym!

Bruce, all George's poems in this set are humorous take-off's written in the style of each of the 30 dead poets from different eras. My illustrations are in the same spirit, tongue firmly in cheek. Of course Emily would never have gone to a gym...None of them would. The images are supposed to be funny!

Rilke looks a tad worried. But maybe he always was. Well done.

Thanks Sabine. Yes, worried is how Rilke looks in all photos I've seen of him. He would certainly be worried in a gym situation.

Nat, my comment above was meant to be tongue in cheek. ;^/

BruceI thought you were serious. That's the trouble with not being able to see someone's face when they're commenting! No problem, you're a friend.