I was in a queue for the train to Paris once, probably before Eurostar, and right in front of me were an attractive couple. I recognised the man: it was John Berger. The woman maybe his wife, maybe not. I knew what he looked like from author photos but the vitality fizzing from him could not have been captured in any still images. I very much wanted to speak with him but only if it was a real conversation and I couldn't think of any way to initiate that. Besides, the couple were talking to each other and I didn't want to interrupt. I love much of his work but don't know how to be anyone's fan - don't believe in fandom (not even the fandom of the opera) So I missed that opportunity.

Just as I missed another fan-op many many years ago when I was only a tiny pre-teen and George Sanders, my then-hero, was actually literally in the same elevator with me in the very same brownstone house in New York City where I lived at the time with my parents and where my hero's mistress, Zzzazza Gabor, also had an apartment. Fate, in its occasional whimsical generosity, gave me another chance to approach this particular hero of mine many years later (1972) at the airport in New York, on my way back to London: George Sanders, my George Sanders, was there in the pre-boarding area, wrapped in a fur-collared coat, looking grey and grim and old. I desperately wanted to speak to him and again could not think of anything to say - "I love you" would have been stupid. I didn't know then that he was on his way to die by his own hand in an anonymous hotel room somewhere in Spain. I read the obituary when I was back home.

RIP long-gone George Sanders, RIP gone yesterday John Berger, wherever you are. See you there one day. 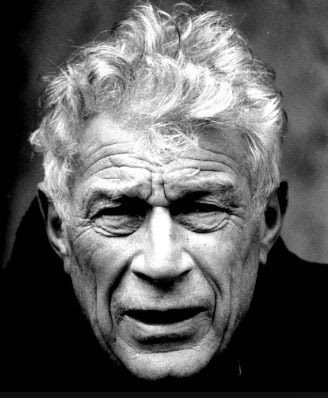 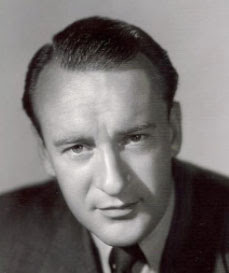 Posted by Natalie d'Arbeloff at 3:01 am

I have just read a resume of George Sanders' life and career. What a man! One thing that has surprised me of late is the number of "typically English" actors there have been whose origins are anything but English. For example, George Sanders [Russian], Lawrence Harvey [Lithuanian], and the beautiful Dana Wynter [German/Hungarian]. There are many, many more. Maybe it is time to drop so much of our nationalistic, British rubbish, and recognise our common European ancestry. After that we can address our common ancestry with a number of other areas of the world.

I did not know or I had forgotten that Sanders died by his own hand. Wikipedia says he suffered from dementia in his last years.

Tom, his Russian roots may have been one reason I was drawn to George Sanders (given my own half-Russian roots) but it seems peculiar that as a child I was so enamoured of an actor old enough to be my grandfather whose film roles were all of a suave, cold villain. My little schoolmates were all mooning over sentimental young crooners - I was definitely the odd one out!

But you're absolutely right about common ancestry. We're all descended from the same antecedents, if one goes far back enough.

Bruce, yes, GS had many tragic episodes in his life and it was obvious from even that brief last sighting of him at the airport in N.Y. that here was then a very depressed man. I have his autobiography and even a record that he made, singing (a rather wonderful baritone) uncharacteristically sentimental Broadway musical songs!

While dining out (someone else paying) at a restaurant in Kensington, I found myself staring into the unmistakable face of Graham Greene, one of my heroes for a variety of reasons. I wouldn't have approached him even if he'd been alone, as it was he was clearly enjoying the company of a woman a third of his age and I silently wished him good luck. I did notice he'd ordered a very unambitious bottle of wine, a generic Cotes du Rhone. Since this situation endured for an hour or so I had time to speculate on how I might have approached him had we, say, been stuck in a lift together. The choice would have been between asking everything or asking nothing: the first option being to satisfy my interests, the second to satisfy his (given he was a very private man). To accord him silence would have been doing him a favour but, selfish as I was (and am), I found myself irked by the chance that my gift might go unrecognised. Time to spend more time on the PRO who would eventually foot the bill for my meal.

But since these chance encounters happen to everyone should we perhaps prepare for their possibility? By which I mean compile a rarefied list of questions that demonstrate a knowledge rather more profound than that of the average fan. GG has written a novella called Loser Takes All which is rarely mentioned by lit. crits. perhaps because it is uncharacteristically funny. That might have been a goer I decided, several weeks after the opportunity had passed.

"don't believe in fandom". What a strange pronouncement. How can you be sure you aren't guilty of fandom willy-nilly? You love JB's work but somehow short of being a fan. Very nuanced. Perhaps you find the word vulgar and don't wish to be seen as hoi polloi. A sentiment I hasten to say I favour.

I've been thinking about the whole issue of fandom after writing this. Of course I've been guilty of the syndrome. As a child I kept a scrapbook of all George Sanders' films and...um...even sent for a signed photo of him. But indeed I never wanted to be among fandom's hoi polloi and absolutely despise celebrity worship in any form. The problem, as I experience it, if chance confronts me with the actual presence of someone whose work I've admired from afar, is that I don't want to simply communicate my appreciation/understanding etc. of their work but also, in a more self-centered agenda, need them to see/appreciate who I am: impossible to communicate unless they get to know me and my work. This is where I differ from most fans: I don't want to be merely admirer, even an erudite/perceptive one, but to be perceived as an equal, even a colleague.

You want to be perceived as an equal, but who makes this judgment? One reason why I wasn't tempted to break in on GG in the restaurant (but might have done so in the hypothetical lift) is because I didn't see myself as an equal. In trying to imagine a balanced discourse between the two us I could only see myself contributing questions, and questions run the risk of being intrusive.

But never mind. This is a delicate matter concerning the ego and your honesty is rather heroic.

Robbie, who makes this judgement? In the case of a chance encounter between me and an admired,famous X my hope (brazen naivety) would be that X would make that judgement, after getting to know me. Unrealistic, I know, given that most famous persons' egos are not usually inclined to grant equality to anyone who is not equally famous. However there are exceptions and I've been fortunate to meet and become close friends with at least one: the late, great Michel Seuphor. Not a household name by any means but worth looking up if you haven't heard of him.

Oh, I agree with you about George Sanders. I can hear his voice as I write this. He was so suave!
I could never make an impression on a famous person, so I would probably just express my appreciation. Then maybe write a blog entry about it!