The posters are up at Uplift.

I mentioned a while ago that I'm one of the winning artists in a poster competition organised by Uplift, the company which is converting the former Pizza Express building on Kentish Town Road into a cinema. The brief was to design a poster for your favourite film and I chose Bicycle Thieves.

This morning Uplift invited the winners to gather at the site where the chosen posters (beautifully printed and mounted on wood panels) are displayed on the hoardings which conceal the construction-in-progress - the cinema itself won't be ready before next year. The artists were photographed with their posters and interviewed by the Camden New Journal (out next Thursday).

One reason for my choice of this film was that my brilliant late brother-in-law Gerardo Guerrieri worked on the script so of course I mentioned this to Dan Carrier, the journalist for CNJ. Will post his article about all the posters when it comes out next week. I arrived late to the gathering so didn't meet the other artists, unfortunately, but I hope the CNJ article will show them all.
Meanwhile some photos I took this morning. 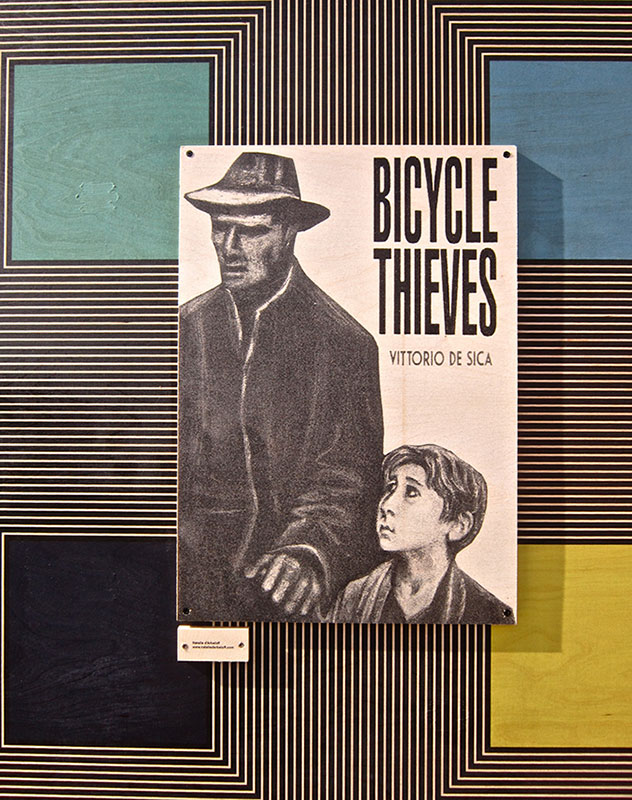 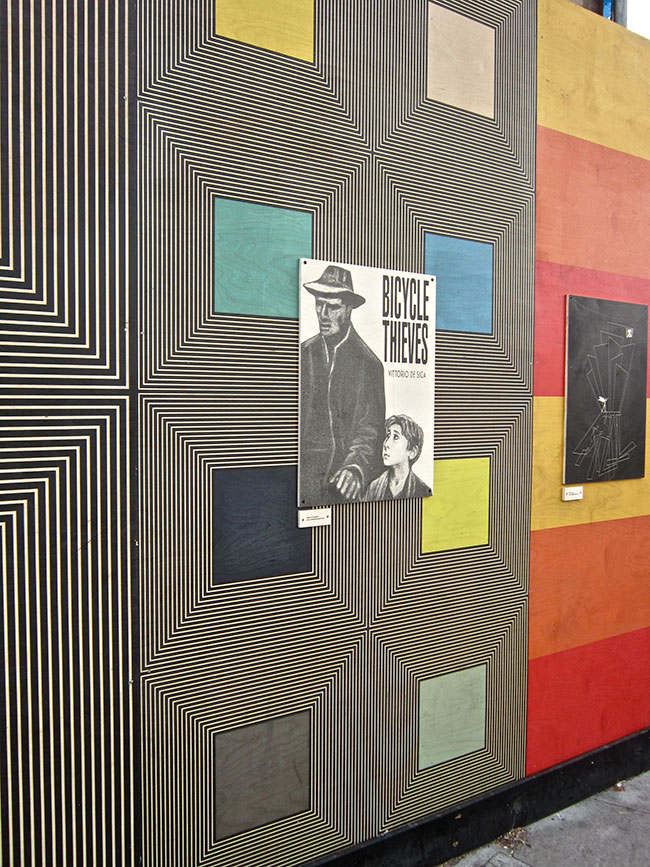 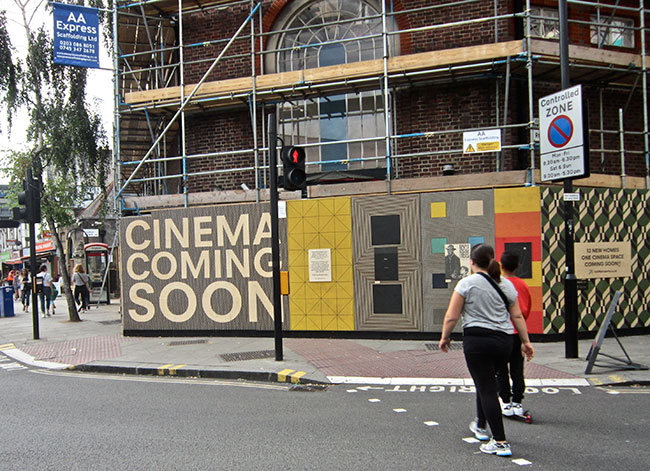 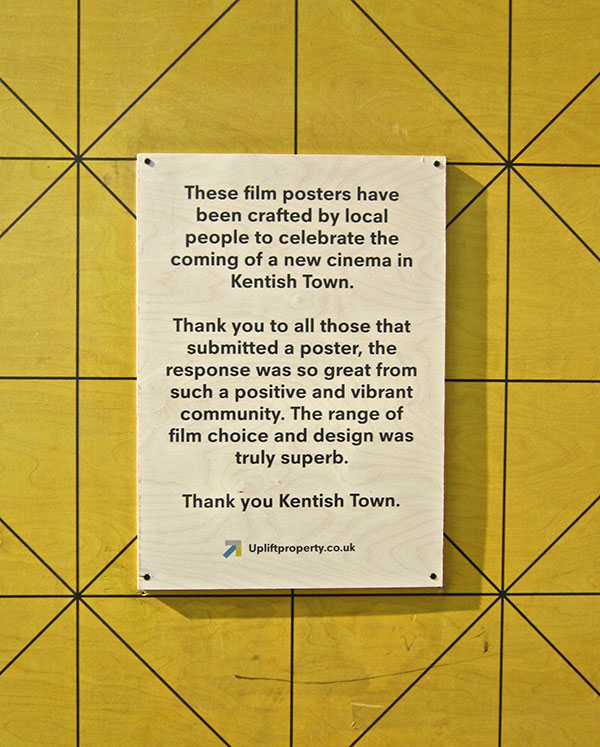 Posted by Natalie d'Arbeloff at 10:50 pm

Natalie .. one of these days you should be invited to Australia
(self has no finance for the exhibition).
Australian 'experimental' art is not unknown.

Thanks Davoh, your interest appreciated. In fact a few works of mine are in Australia: the National Library of Australia (Queensland) acquired some of my artists'books quite a while ago and a gallery in Melbourne also had some work by me. More recently, my accordion book "My Life Unfolds" which is among other artists in a touring exhibition called Open Books, was in Melbourne, then China etc.

I wouldn't say my work is particularly 'experimental' or avant garde. Anyway of course Australia is no artistic back-water! But I have no finances for exhibiting anywhere and in any case, paying to show one's work is a no-no. If an artist's work is of interest to a gallery, museum or whatever, all costs to show it are up to them.

Um, reference to the film "bicycle thieves" is not unknown in Australia .. meh

Hey Davoh my friend, you don't need to defend Australia. Nobody was implying a shortage of culture in your country. Meh indeed!

I loved that film. Nice to know you are connected...and a wonderful poster!

Many thanks Leah, yes I'm deeply connected via the Italian side of my family. Gerardo worked not only with De Sica but also Fellini, Visconti, Zavattini etc.

That is such a wonderful poster, so evocative of the times and the film.
I was just in Australia and saw some superb art both in museums and in my friend's home. What is difficult there is to break into the art scene if you are an outsider.

Hattie, thanks. You certainly get around - Australia now! Well, you'll have to include the UK on your next global adventure.